Top Political Analyst and Commentator Professor Herman Kamarike Manyora has broke his silence on why the Independent Electoral and Boundary Commission [IEBC] Chair Mr. Wafula Wambirianga Chebukati was forced to announce the Presidential Results by himself.

Speaking to Trevor Ombija on Citizen TV. Manyora fearlessly admitted that Chebukati had evert right for him to announce the Presidential Results despite his vice Chair Juliana Cherera rejecting the Results. 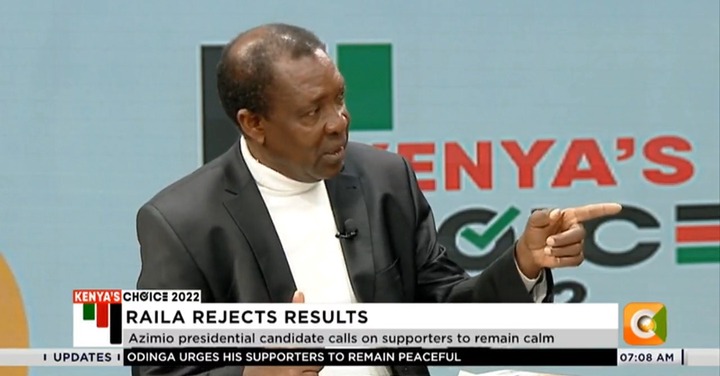 On 15th August, Wafula Chebukati declared William Samoei Ruto as the 5th President of the Republic of Kenya with 7,176,141 votes against the Orange Democratic Movement [ODM] Party leader Hon Raila Amollo Odinga who settled for 6 Million.

Juliana Cherera the vice Chair gave a press release, revealing that the Elections were not conducted in a credible manner. Cherera with the other 3 Commissioners stood against the Results announced by Chebukati.

"Chebukati had all the mandatory to announce the Presidential Results as the Chair of IEBC. There is no way the Vice Chair could give the results as well as Chebukati. It is very difficult." Asserted Herman Kamarike Manyora 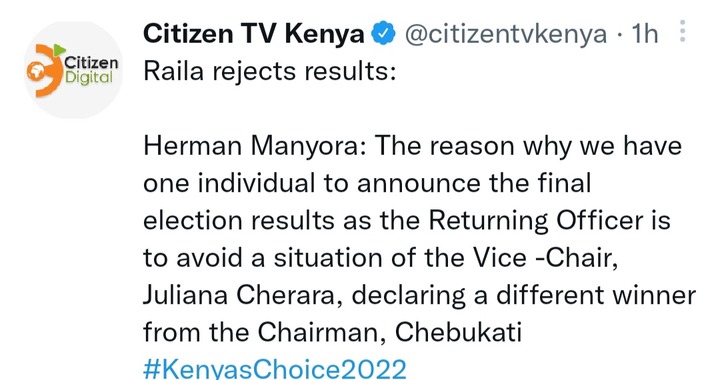