By TrippleM (self media writer) | 26 days ago 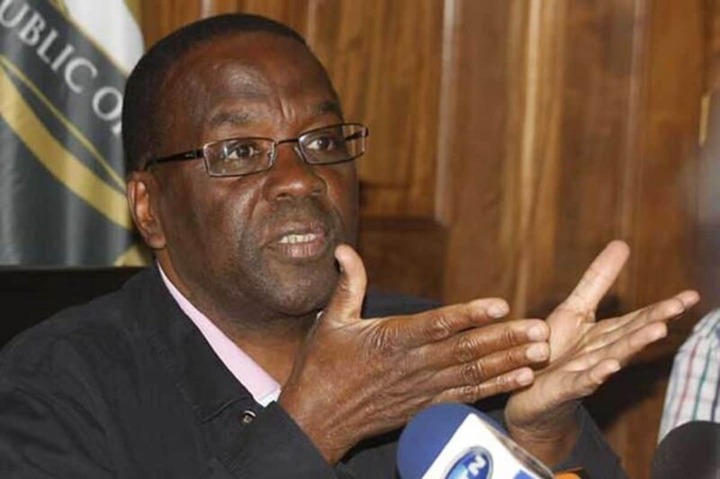 When talking of the failures of the Jubilee government for the last nine years of service, former Chief Justice Willy Mutunga is always the first person coming to the minds of Kenyans following the kind of ruling he made as a Supreme Court Judge when matters of elections irregularities were brought before him.

That is back in 2013 when he threw out the case filed by CORD Coalition challenging the election of President Uhuru Kenyatta despite weighty shreds of evidence submitted by Raila's lawyers that Kenyans think were enough to get the elections nullified.

This has as well come to the mind of Kenyans today following his heavy comment on Lawyer Esther Ang'awa's tweet concerning the printing of thousands of Identity Cards illegally ahead of the 2022 general elections.

And according to Willy Mutunga, this is an indication that there are some plans to rig election votes in the 2022 general elections.

His comment has however not ended up well with him as Kenyans get to slam him for being the main cause of such likely practices by allowing the Jubilee government to get into power in 2013.

Some have even wondered how he can be among the people to tell them such things yet he failed them in the first place when he had that chance to prevent such like things from happening currently. 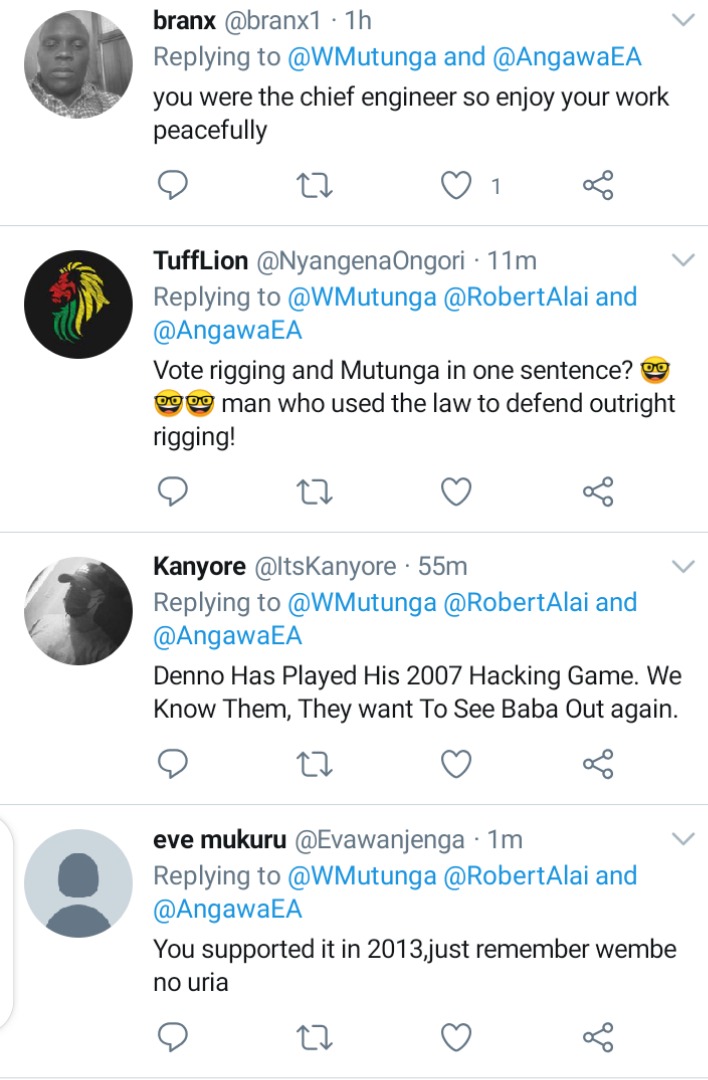 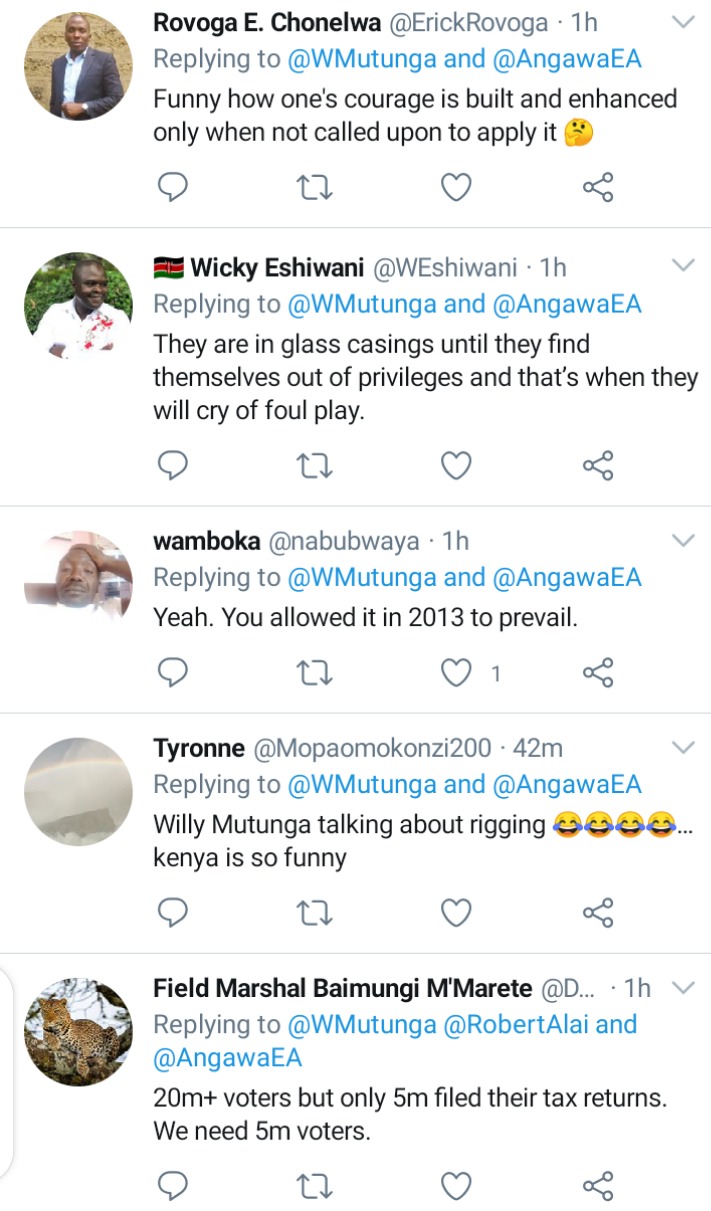 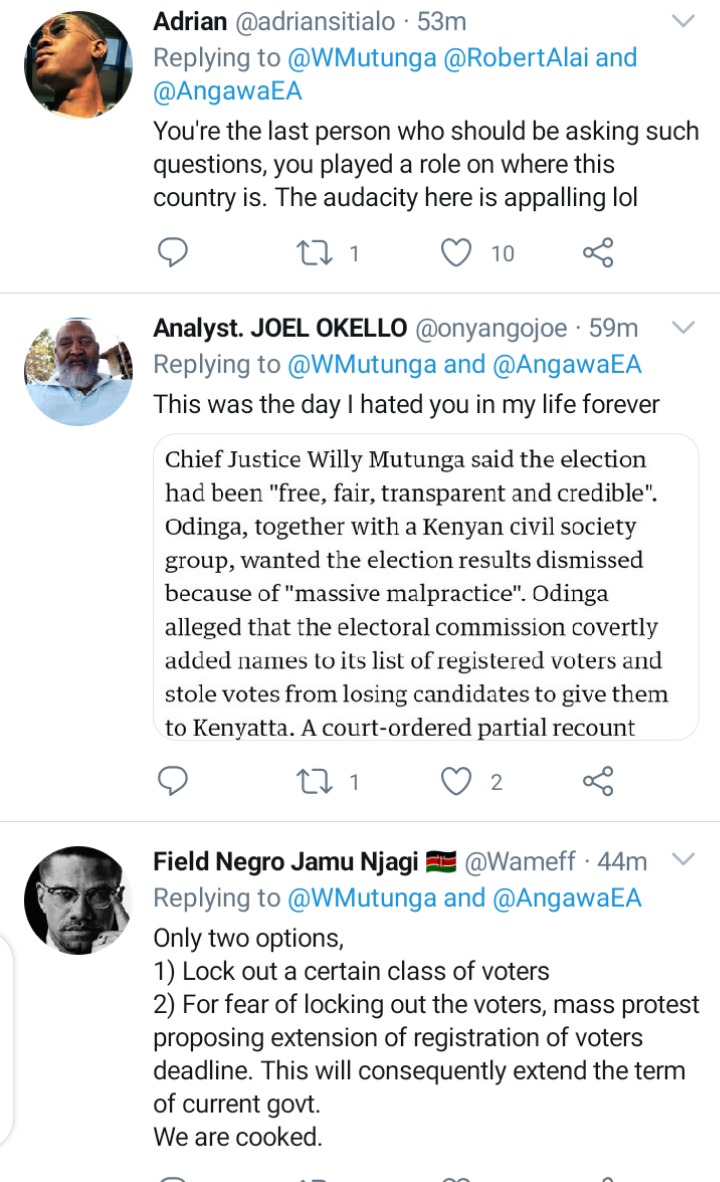 Mwangi Kiunjuri Now Indirectly Tells Ruto Why He Can't Get Mt Kenya Votes, Tells Him What To Do

The Big Discussion, Ksh 6,000 Per Month Or Wheelbarrow In Kenya's Politics?