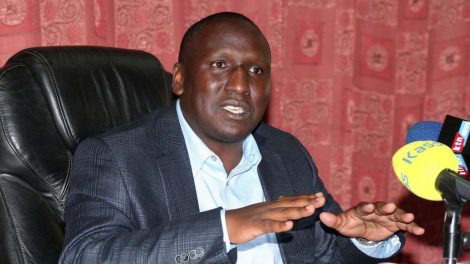 Speaking today at a press, Kalonzo, who was in support of former Prime Minister Raila Odinga's presidential bid, blasted the Head of State for failing to reduce the cost of living which was in his manifesto. He further accused President Ruto of picking Cabinet Secretaries who have pending cases in courts as he urged the Azimio MPs not to approve them.

However, responding to Kalonzo's remarks through his official Twitter page on Friday evening, Cheruiyot lauded Kalonzo for taking up his opposition role effectively but not his basic political etiquette.

According to Cheruiyot, the one thing Kalonzo should be aware of is that President Ruto is first clearing the mess that were left by former President Uhuru Kenyatta and his handshake partner Raila Odinga and that's the reason he hasn't kept much of his campaign promises.

"It's really refreshing to see @skmusyoka take up his opposition leader role seriously. While at it though, basic political etiquette dictates that he mellows his criticism knowing full well that we are first clearing the mess left by his sponsor and their terrible appetite." Posed Cheruiyot. 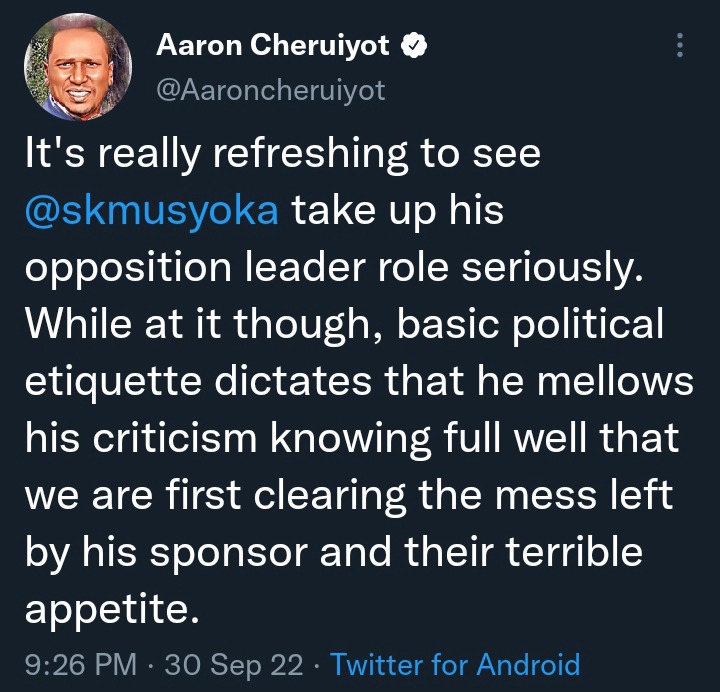 How to Deal With Unhappiness in Marriage