By MishekNg (self media writer) | 7 months ago 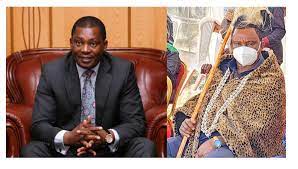 After the Governors of Meru, Tharaka Nithi and Embu Counties resolved to strengthen Mt Kenya East as a political block, the Picking of Speaker Justin Muturi as the Mt Kenya Spokesperson has caused ripples within the region. Muturi was early this month enthroned as Mt Kenya East spokesman by Nchuri Ncheke in an elaborate ceremony attended by several elders. The endorsement by Kiama Kia Ma now makes him the spokesperson for the entire Mt Kenya region.

The three Governors, Muthomi Njuki (Tharaka Nithi), Martin Wambora (Embu) and Kiraitu Murungi (Meru), observed that the Speaker was a respectable gentleman with a close working relationship with President Kenyatta. Leaders from Embu have condemned Murang'a Governor Mwangi Wairia over his remarks and actions to deter the coronation of Speaker of the National Assembly Justin Muturi at the Mukurwe Wa Nyagathanga shrines. The leaders reiterated that Mt Kenya East region was behind the Speaker, and any attack was a definite attack on the Mt Kenya East region. 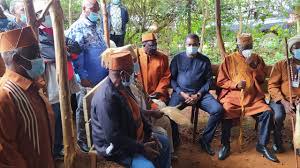 Geoffrey Kinga'angi, the MP for Mbeere South, said Wairia was selfish and will not stop the National Speaker from his path to becoming a spokesperson of the Mt Kenya region. He observed that Muturi was the third in command from President Uhuru Kenyatta Nationally and therefore deserved respect. In Mt Kenya, King'angi noted that Muturi was the second in command and therefore best suited to speak on behalf of the Community. "You cannot expect the president to be a spokesperson of Mt Kenya when leading the nation, and therefore needs somebody to do that," King'angi added.

King'ang'i further said his actions were an assault to Mt Kenya East by leaders from Mt Kenya West. "Let the leaders from the region distance themselves from his comments. We have supported their leaders, and our own needs their support this time around," he noted. King'ang'i also faulted sentiments by Kirinyaga Governor Ann Waiguru that the coronation had no political significance. " Why then call the press if so?" posed the lawmaker.

Muriuki Njagagua, the MP Mbeere North, noted that the constitution of Kenya was very clear on the freedom of association and expression. Muturi should be allowed to associate with people who value him as a leader without any distractions. "Politics is a game of numbers, and we never denied Wairia access to Embu when he launched his party officials recently. Why deny entry to Murang'a," Njagagua posed. He told off those against the coronation, citing that nobody had a monopoly in this country. "Let them not be worried that Speaker Muturi has begun his entry into the top leadership, as the law guaranteed freedom of movement," Njagagua said. 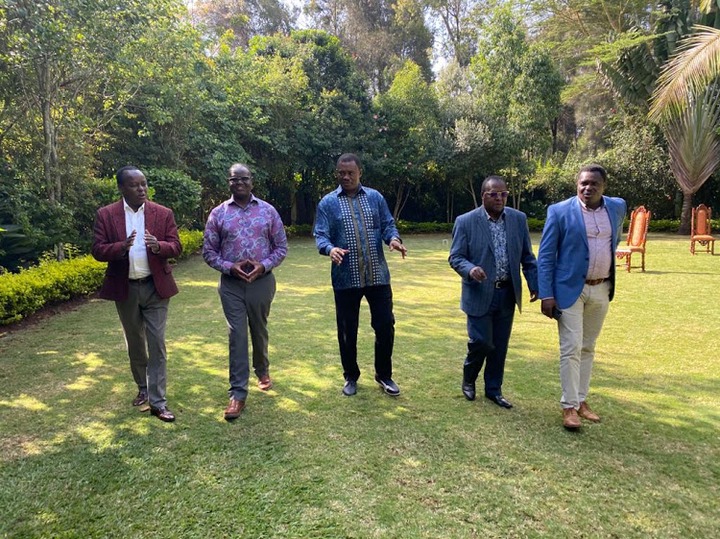 Michael Njeru, the Majority leader of the County Assembly of Embu, noted that the move to coronate Muturi was a sign that small tribes like Embu and Mbeere could produce a national leader. He observed that Mt Kenya East was happy to for the recognition through Muturi. "For the ceremony to take place at Mukurwe Wa Nyagathanga shows Muturi is not a tribal King and should be supported. It is time for our brothers from Central to support Mt Kenya East as we have done for years," Njeru added.

In Murang'a, Sabina Chege, the Women representative, noted that the Shrine Wairia was protecting was not private property. The Coronation issue has elicited mixed reactions with leaders eyes the succession of President Uhuru Kenyatta feeling jittery. The Council of Elders for Mbeere Community(Ngome) revealed that the event at the Shrine was cultural and not political. Ben Kanyenji, the secretary, said politicians with interests had politicised the whole issue. "We are only taking our son for acceptance by the Kikuyu Council of Elders due to his fast knowledge and leadership skills. If he wants a political seat, that will come later," said Kanyenji. He added Jomo Kenyatta was also coronated in 1962 by Ngome in Siakago, Embu County.