By TheDailyOnlinePunch (self media writer) | 18 days ago 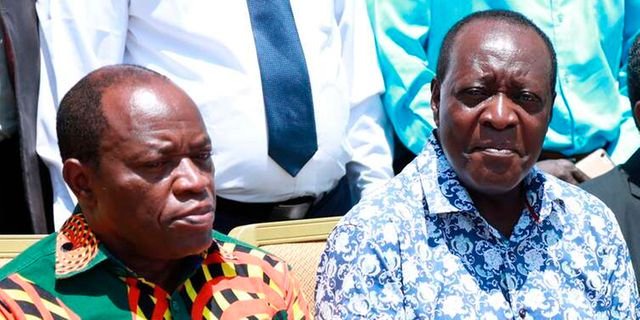 A new revelation on West TV by Vihiga county Governor honourable Wilber Otichillo yesterday night has shed more light on the cause and beggining of the long standing disagreement between him and his deputy Governor Dr. Patrick Saisi.

Speaking yesterday evening on the same station, Vihiga Deputy Governor Dr. Patrick Saisi said that his Governor had removed him from the Vihiga county Executive Committee WhatsApp Group over his 2022 remarks. By this, Saisi claimed that he had been left in the dark as he is not involved in any county planning activities and his July and August salaries have not yet been paid. 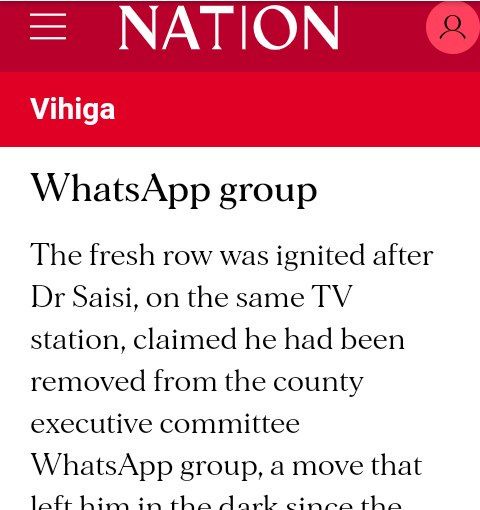 Saisi alleged that he had been excluded from the WhatsApp group after he told Governor Wilber to consider him as a 2022 opponent after they disagreed in February.

Saisi fell out with his boss in February after they disagreed on how to end a nurse's strike in the county with both admitting that they have colliding leadership styles.

Responding his Deputy, Governor Wilber accused Saisi of collaborating with activists to block the implementation of the county's budget. Wilber also accused Saisi of using social media platforms to ruin his reputation. Wilber also revealed that Saisi has resorted to using letters to question him over certain issues instead of facing him personally.

Wilber dared Saisi to stand his ground and face him 2022 if he is man enough. Vihiga residents have recently complained that the county government is slow in implementing its plans as a result of the fallout.