By Patoh (self media writer) | 1 month ago 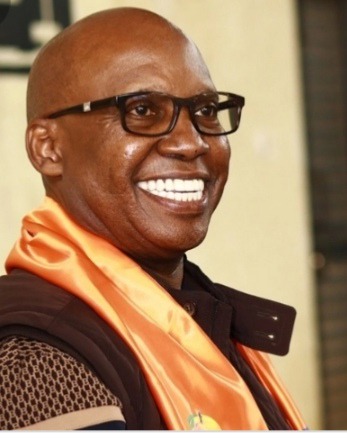 The board explained that the businessman was required to undergo fresh vetting as was directed by the Interior Cabinet Secretary, Fred Matiang'i, over civilian gun holders in 2019. Wanjigi is accused of pursuing frivolous lawsuits against government institutions that aren't supposed to deal with civilian guns. The board insisted that they were in charge of evaluating and licensing civilian gun owners.

After the tumultuous 2017 General Election, the presidential candidate sued Kinoti for failing to restore his weaponry, which had been confiscated from his home. The Attorney General and the DCI chief, through their counsel Cecil Miller, echoed the guns board's position, claiming that Kinoti did not have custody of the firearms and that his four-month sentence should be suspended.

During the back-and-forth court battles between Wanjigi and Kinoti on Sunday, the Wiper party leader who was present with Wanjigi at a function offered to mediate between the two to find a solution that would allow the besieged DCI chairman walk free.

"I'd like to intervene because Kinoti is merely a loyal servant of this republic doing his job." You know I'm an arbitrator, so I'll call you and Kinoti together so you can forgive each other and he can get back to work," Kalonzo said.

Wanjigi, on the other hand, remained silent about Kalonzo's offer. Instead, he thanked his wife, Irene Nzisa, for hiding him for three days while the cops searched the house for the businessman.

Content created and supplied by: Patoh (via Opera News )