By Tempire (self media writer) | 9 days ago A top political Analyst Josphat Kamanya has revealed that he has interest in the Kiambaa Mp's seat. In his statement the advocate stated that he will announce his decision when the right time comes.

He further called upon the people to acknowledge Kawanjiku as their area mp.

"I have political interests in Kiambaa that I will pronounce when the time comes but for now our MP is 'KaWanjiku'."- Josphat Kamanya

The advocate further called upon the politicians to support and mentor the youth in to politics as president Kibaki did to Johnson Sakaja. According to him the youth deserve to be supported and shown on how to conduct themselves. 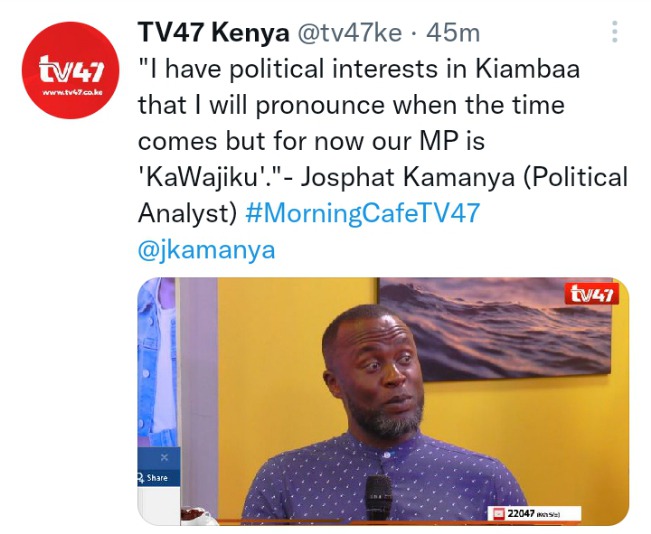 "Young people don't have people to mentor them in politics. The last story I read of someone who was mentored into politics was Senator Sakaja who was introduced into politics by former President Mwai Kibaki while in campus."- Advocate Eliud Ngugi stated.