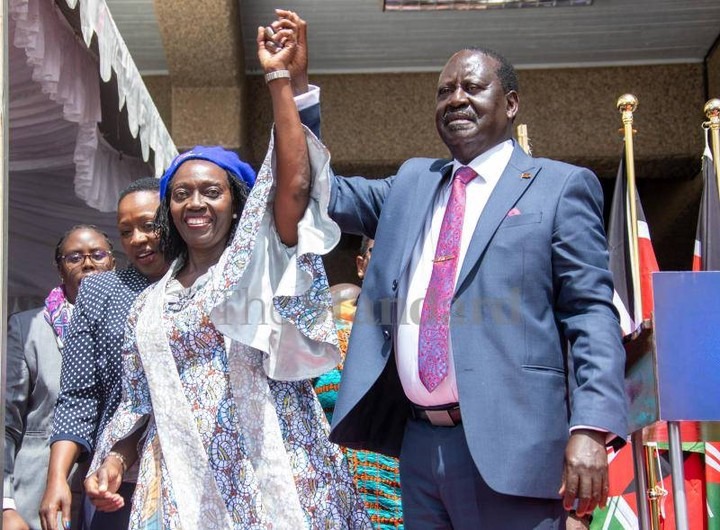 ODM leader Raila Odinga has now emerged with new tactical plan which is likely to enable him win the August Presidential elections against his top political competitor DP Ruto.

As leaked by the Star Kenya, the Azimio La Umoja One Kenya Coalition flag-bearer new plan consists of six major points which also includes the absence of Uhuru's in his campaign trail and plan to win massive votes from Mount Kenya Region.

As a veteran politician who has known by many as a man of untamed tactics in the game, the former Prime Minister who is currently enjoying the support of his handshake partner Uhuru Kenyatta is much convinced that this time round he will succeed in his long time political ambition.

That is the ambition of winning the top political seat in the land and lead the nation as the head of state after having made several unsuccessful attempts.

Below are the major points in his new tactical plan with the support of Martha Karua as revealed by the Star Kenya;

1. President Kenyatta to take a back seat

2. Martha Karua to lead the offensive in Mount Kenya Region.

3. Jubilee Party and not ODM or Narc Kenya to be part of the charge.

4. To bolster his messaging to include the economy

5. To integrate aspirants in the Azimio campaigns.

6. To roll out massive campaign merchandise with Jubilee and Azimio slogan.

The above six major factors in his fresh plan is mostly set to enable him win the support of those from the vote-rich region which is Mount Kenya.

The plan is also to weaken the massively felt strength of the Deputy President in the region as he currently stands to be the most popular.

And by having almost an equal share of votes from the region with the DP, the Azimio La Umoja One Kenya presidential candidate will stand higher chances of winning the elections. 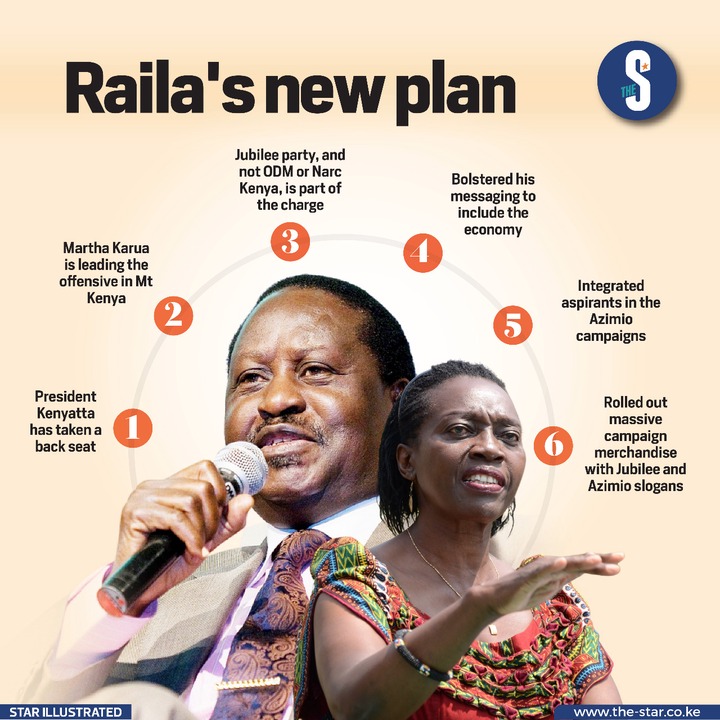