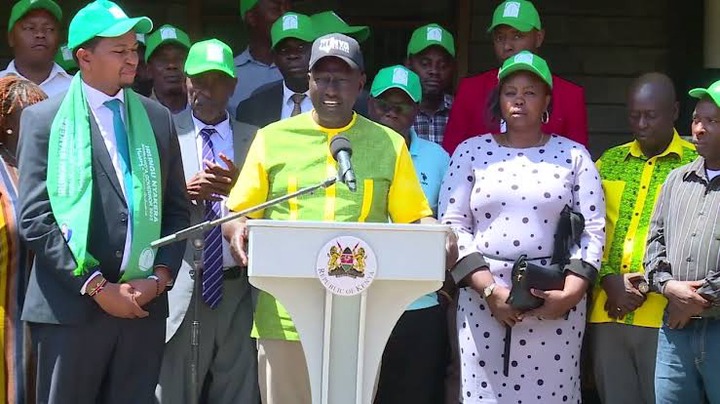 Deputy President William Ruto has now indirectly admitted that he almost slapped President Uhuru Kenyatta in 2017 just as is being alleged.

This follows the emergence of a clip where Ruto says that he almost slapped the President for almost giving up on the presidency after the annulment of his 2017 re-election by the Supreme Court.

On Monday, he said that there was no way he was going to allow Uhuru to give up after all they went through to help him secure his second term in office.

Speaking in Meru, he recalled how he used to hold campaigns while Uhuru was still sleeping, terming this one of the reasons he was not going to let the President allow his efforts to go to waste. 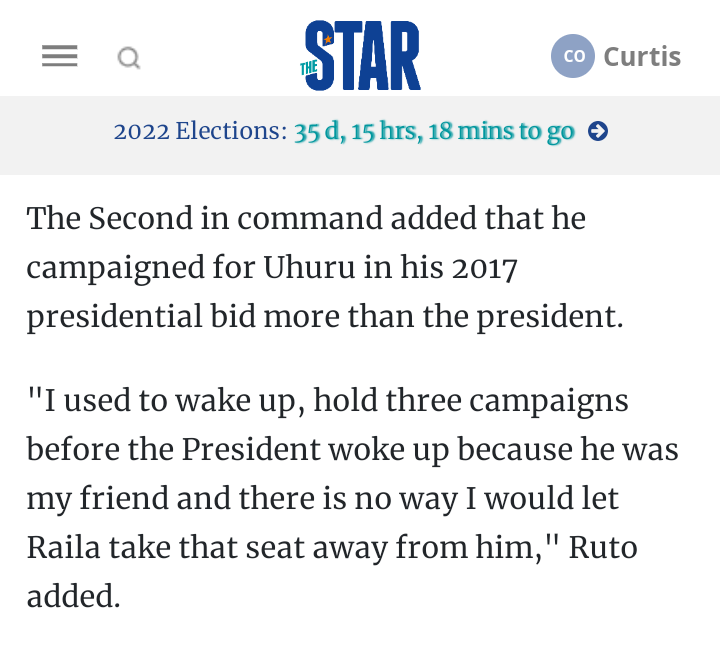 "I used to wake up, hold three campaigns before the President woke up because he was my friend and there is no way I would let Raila take that seat away from him," Ruto said as is quoted by The Star.

He made the remarks while on a campaign tour of Meru, as he tries to this time secure the seat for himself, after twice, in 2013 and 2017, helping Uhuru.

Ruto said that he campaigned for Uhuru more than Uhuru campaigned for himself and was not going to let the President surrender and let their main opponent then; ODM leader Raila Odinga, take over.

"We are the people who woke up early to vote for the President. People of Meru would you want me to allow Uhuru to leave the seat we had given him for Raila?" Ruto posed while addressing his supporters.

He has since fallen out with Uhuru, who has teamed up with Raila. Allies of the two are now bashing him over the slap audio, terming him a bad man.