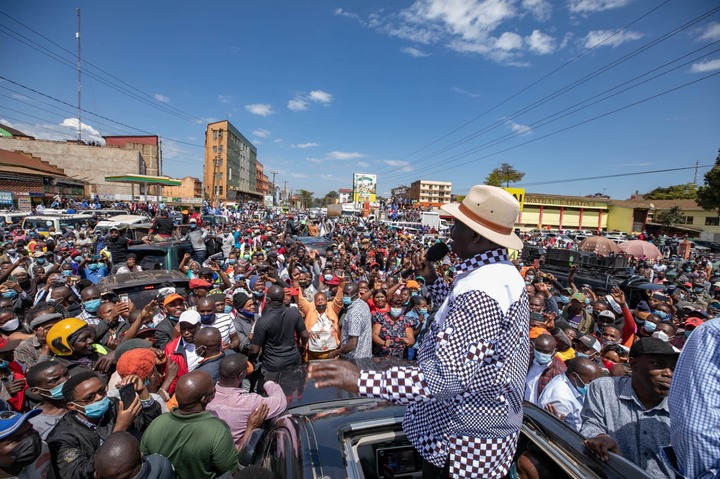 Mount Kenya region residents have given out their new demand in Orange Democratic Movement (ODM) party leader Raila Odinga's presidential campaign rallies in the region ahead of August 9 general elections, which might kill the Deputy President Dr William Ruto's dominance in the region in the polls and make Odinga the favourite candidate to succeed President Uhuru Kenyatta.

According to Taifa Leo Newspaper publication, Mount Kenya residents are demanding ODM leader Raila Odinga to be accompanied by President Uhuru Kenyatta in their region as he campaigns there, so that the Head of State can explain to them why he fallen out with his Deputy Dr William Ruto and give them a reason why he thinks Raila is the most suitable to succeed him.

The residents are demanding to know that so that they can fully embrace Odinga's candidate after many years of voting against him. If the Head of State accepts their request and accompany the former Prime Minister in his campaign rallies in the region, it will be a big blow to the second in command and it may work against him on August 9 polls. His percieved dominance might reduce significantly considering that he needs the central region votes more than Odinga to clinch the top seat. 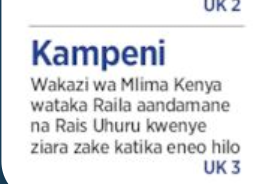 Bad News to Kingi hours after Their Rally in Kilifi