The three, Fred Matiang'i' (Interior) Mutahi Kagwe (Health) and Eugine Wamalwa (Defence) speaking on Friday in a fundraiser at Mwongiri High School in Borabu constituency, Nyamira county stated that the handshake between former Prime minister Raila Odinga and President Uhuru Kenyatta brought stability and made it easy to carry out government functions as opposed to the first term of Jubilee's administration. 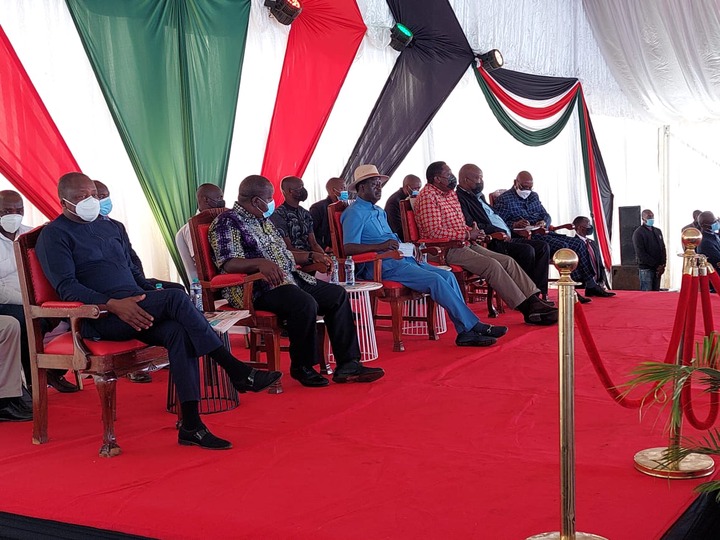 On his part, Health CS, Mutahi Kagwe said that the cooperation between Raila and Uhuru is what the nation expects so as to see projects currently going on not stopping once the president's term comes to an end. Wamalwa on his side said that cabinet Secretaries are appointed to serve the president, therefore when he says he wants them to back Raila and the handshake, they have no other option. 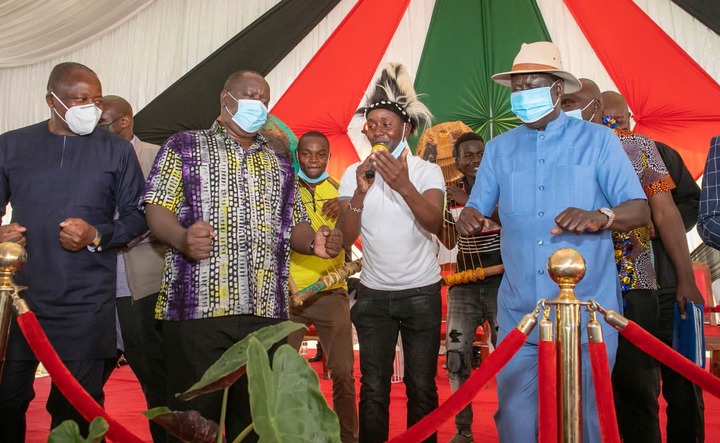 Interior Cabinet Secretary, Fred Matiang'i' affirmed that majority of the people are where the president and ODM party leader Raila Odinga are. This has added to the battle and scramble in order to lure votes for both Raila and Deputy President William Ruto.