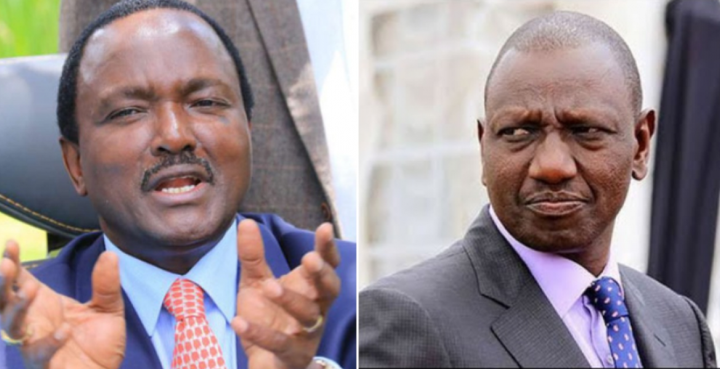 Wiper Democratic Movement party leader Kalonzo Musyoka has ruled out a coalition deal with Deputy President Dr William Ruto, saying that he cannot join the second in command since their ideologies are totally different hitting the UDA leader as a chief priest of corruption.

According to the publication by the Standard Newspaper, Kalonzo revealed that he is currently in talks with other political parties for a coalition formation, but not Deputy President Dr William Ruto's UDA camp arguing that it is not an option to him at all. He will not be able to join Ruto's train since it is full of integrity or graft issues which does not marry with his party slogan of 'kazi kazi bila wizi'.

This has given a hint of the former Vice President of working with his long political friend, the former Prime Minister Raila Odinga ahead of the August 9 general elections. Since Odinga is only the other top contender who has already formed a formidable camp called Azimio la Umoja Movement, which he says it does not exclude anyone except his main competitor Deputy President Dr William Ruto.