By Dwinbett (self media writer) | 2 months ago 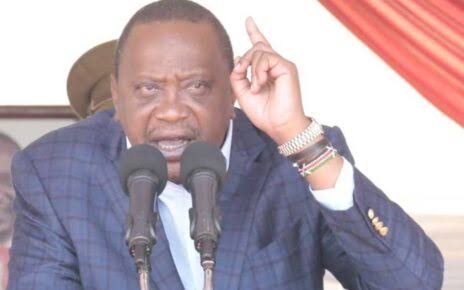 A well-known attorney who was forcibly exiled by the previous government has admitted that Dr. William Ruto, the president at the time, gimmick the role of the former President Uhuru

According to Miguna, who published a post on his Facebook page, the former president is forced to acknowledge the truth that Ruto played him for

"President William Ruto played Uhuru Kenyatta like Raila. If Uhuru accepts the offer that was given to him by William Ruto as the regional ambassador then he would have publicly accepted him as the president. If he rejects that offer then Kenyans will call him a " sore loser. Most of us know Uhuru Kenyatta, but he will not accept it".

The outspoken and self-declared National Resistance Movement (NRM) is expected to land on October 20th where he said he wants to liberate the Luos Nyanza from the 60 years of slavery by the Odinga family. 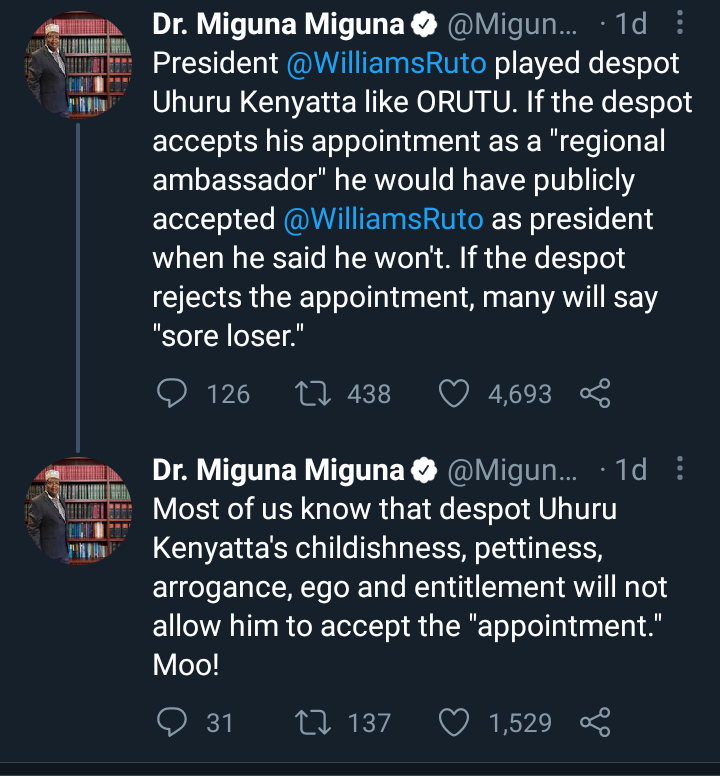 What's your take on this? Share your views down below.

Content created and supplied by: Dwinbett (via Opera News )

Not Well in Azimio After Wiper Chair Fires Back at Raila's Plan to Run Parallel Jamhuri Day Event.

CS Kindiki Stands Out In Police Gear During His Visit To This County, Makes An Announcement