By Vickynews (self media writer) | 2 months ago

Just 22 days before August's general election, politicians have intensified their campaigns in various regions as they row their candidacy. 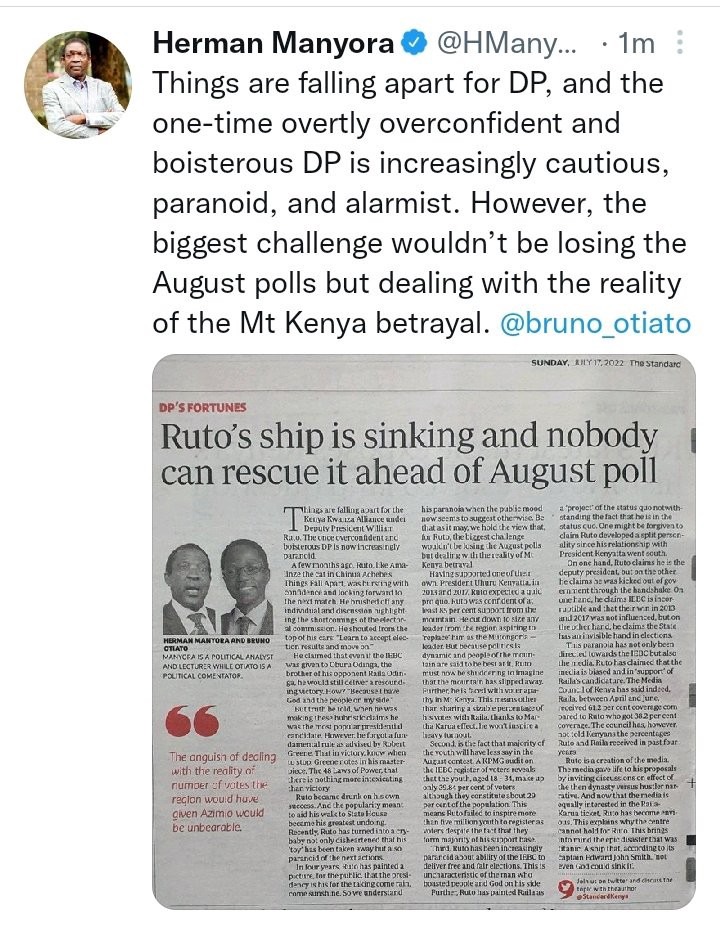 Many have stated that things are falling apart for Vice President William Ruto and that he needs to be more cautious, more paranoid and more alarmist.

Additionally, he has stated that the worst Ruto will face is the betrayal of Mount Kenya, which he believes is his battalion zone. Herman Manyara has rallied support for the Raila Karua ticket, stating that they are mature and visionary leaders.

Furthermore, he has argued that President Kenyatta was right to champion the Azimio One Kenya candidates. 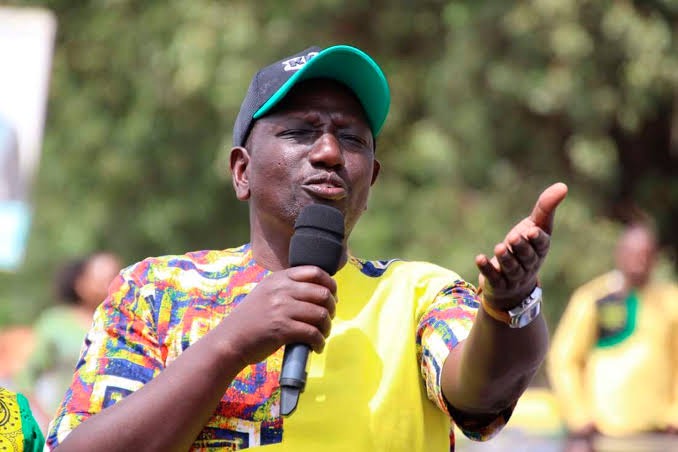 Political commentator Herman Manyara has urged Vice President William Ruto to tread carefully in his exchange of words. He has claimed that people in the western region will not vote for him after attacking his relative Eugene Wamalwa.  Said that William Ruto's recent comments had a major negative impact on his presidential bid, particularly in the western region and that this will attract more votes for Azimio One Kenya.

President Ruto Reveals On Why He Gave Uhuru Kenyatta A Job.

Ruto, Gachagua Reportedly Divide Roles as Gachagua Says What Ruto Will be Handling

Ruto Speaks of The Possibility of Him Turning a Dictator, His Alleged Role In 2007 PEV

JUST IN: Get Ready For Monday As Supreme Court Reveals The Following

The Little-known Politician Who Succeeded Moses Kuria in Gatundu South.