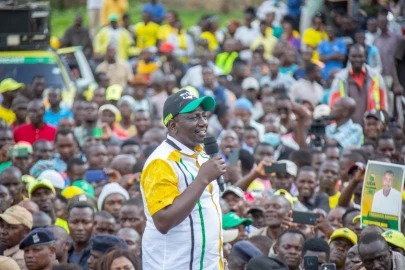 He holds that the two will most probably not get the goodies being promised to them by DP William Ruto even if they help him win the presidency in August.

Ruto has reportedly promised them Chief Cabinet Secretary and National Assembly Speaker jobs, on top of 30 percent of his government if he wins.

But the commentator says that these are just populist promises that will be discarded soon afterwards, terming the 30% one even unrealistic.

But he notes that this is not unique to Kenya Kwanza as even those ones being made by Azimio La Umoja chief Raila Odinga are unlikely to be kept.

"All manner of promises being made during the campaigns are because of political expediency. How for example can one community get 30 per cent of jobs in the country?” he told The Sunday Standard. 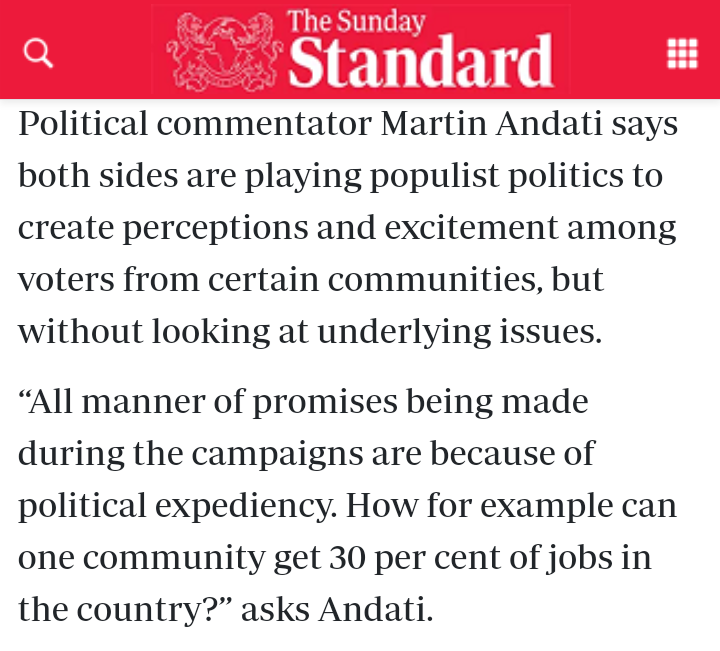 He argues that even Raila's promise to make his running mate Martha Karua the Justice CS, while at the same time the Deputy President, is very suspicious and to some extent unconstitutional.

But Mudavadi ally and former Minister Amukowa Anangwe says that the promises being made to Mudavadi and Wetangula will be kept if Ruto wins.

He argues that this is something that has been put down on paper and agreed on, according to Article 21 of the Kenya Kwanza agreement.

But he at the same time doubts Raila's chances of keeping some of his promises, including to Wiper leader Kalonzo Musyoka, whom he has promised the Chief Cabinet Secretary post.

He argues that Raila has promised such before, when he was Prime Minister, and ended up dissappointing, and is most likely at it again.

"They were never fulfilled. They mean nothing in law and are not catered for even in the Azimio agreement itself,” he is quoted.

DP Ruto Claps Back At Azimio, Alleges Why Their Manifesto Is Not Too Detailed Like His