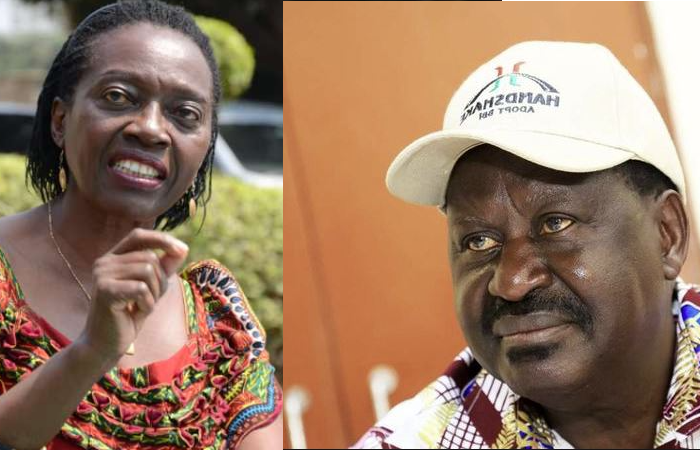 Karua, was appointed on Monday as Raila Odinga's running mate and that they'll face off Deputy President William Ruto and his deputy Rigathi Gachagua.

In a Twitter handle through his social media platform, Kang'ata, who is a strong supporter of DP Ruto's presidential bid, stated that Karua, who resigned under former President Mwai Kibaki's government with him being described as Kenya's best president who was cool and soft, will not be able to withstand Raila's combustible character and might even resign in one week time after swearing in.

According to Kang'ata, Raila is has weird character which might make Karua to resign unlike Kibaki.

"If Martha Karua resigned from Kibaki's government, a soft and cool guy,how will she deal with Raila's combustible character? She will resign in one week of their swearing in." Posed Kang'ata. 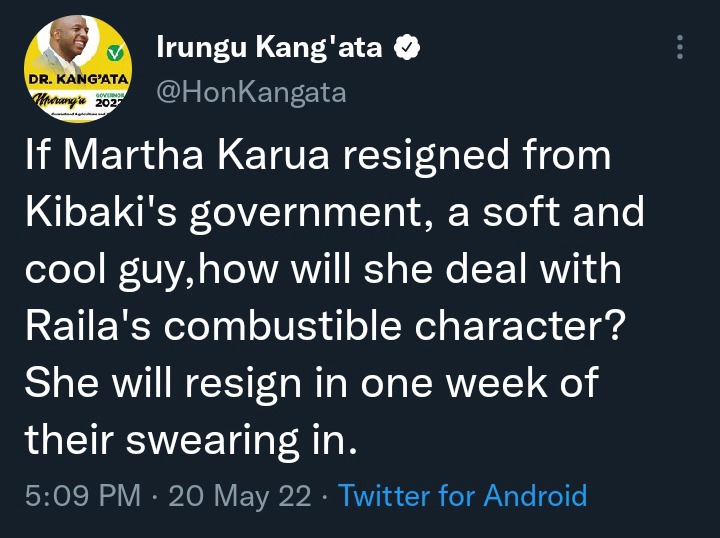