Dissenting Opinion On The BBI Proposals

By BosireMartin (self meida writer) | 1 months 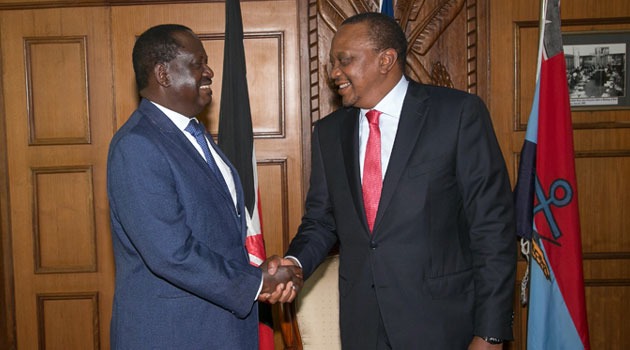 I am very much grateful for the HANDSHAKE between President Kenyatta and his brother Raila that gave birth to BBI. It came along with corpulent merits and for that am proud of it. However, after collating the BBI proposals document there are several proposals aimed at amending at least 12 of the 18 chapters of the 2010 Constitution of Kenya that in my own opinion was either Unnecessary or Ambiguous. I have opined the flaws in the document and highlighted them cogently.

1. There's no clandestine formula on how inclusivity shall be achieved. Hence the question of the winner takes all Election system hasn't been addressed. However, it's a general rule that an Election must produce a winner and a loser. For example Biden and Trump.

2. Moving Women representatives to the Senate saps its powers. We should not have had them at the National Assembly in the first place. I humbly expected Article 97 to be amended so that we have Office of The Woman Rep at the County level in the 47 counties this could have addressed what their role is which is to promote and represent the interests of Women and Girls in their respective Counties.

3.Removal Of The Offices Of Deputy- Governors. I was trading for amendments to section 181 since Deputy Governors have remained flower girls at County weddings. They only surface when a vacancy in the Office of Governor emerges. It's logical for us as a people to have a by-election when the office of the Governor is declared vacant than be paying insecure Deputy-Governors.

4.I was routing for deletion of Article 81 as the 2/3 Gender rule on elective positions remains unattainable and unachievable because sovereignty lies with the people of Kenya and you can not force them to vote a certain gender. Parity rule can be achieved on the nominative positions.

Any constitution amendments proposal must be submitted to its People for either rejection or approval. But above all such amendments must be in the interest of the people, not a malediction. Such flaws must be addressed if we are to have a people-centered document.