"If You Can't Win an Election, Go Sell Ice Cream or Find Another Career," Susan Kihika to Raila

By The_Corridors (self meida writer) | 4 days 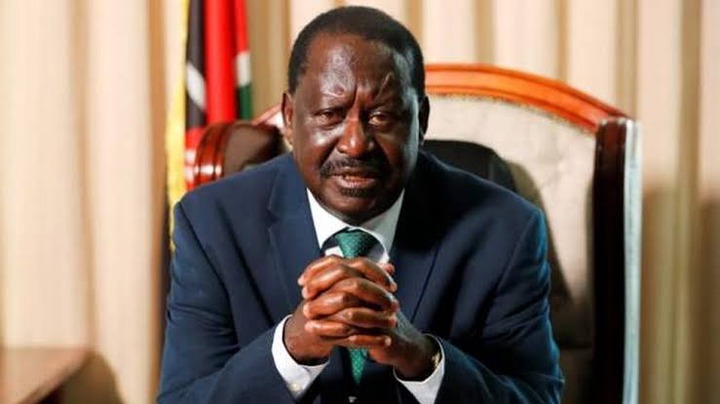 Outspoken Nakuru senator Susan Kihika has launched a new attack directed to ODM leader Raila Odinga. The senator was speaking today, Tuesday 4th May, in a Senate debate during the discussion on BBI amendment bill.

Kihika, who is a close ally to DP William Ruto and a known critic to the constitutional amendment, told members of the senate that BBI will not solve the politics of us versus them that it pretends to want to cure. Kihika argued that we live in a democratic era where the winner takes it all,suggesting that the losers should go home,form a good coalition and come back next time.

The senator gave an example with the USA's latest elections where president Biden's supporters rioted claiming that Trump will not leave office, adding that their is no day a loser will take power by force.

She also faulted the the main proprietors of BBI(President Uhuru and Raila Odinga),sending a sensational message directed to the ODM chief to stay ou of the kitchen if in case Kenyan elections were tough for him.

"I want to tell the handshake brothers that your problems in BBI are not the voters problems. If you are not ready, stay away from the kitchen. If you can't win an election, go sell ice cream or find another career," Kihika said.

The senator also claimed that the idea of adding more women to the Senate and doing away with the women representative position will add no value. She noted that the 8Million affirmative fund given to the women reps is but than nothing that they will be given for development projects in the Senate. She argued that if Raila and Uhuru meant good for the women, they could just call their MPs and Senators and pass a bill to add more women to either of the two houses to achieve two-thirds gender rule.

"Don't give us a bird in the bush than one in hand. We do not need the BBI to pass the two-thirds gender rule. If they truly mean good for the women of this country, they could have just called their MPs and Senator and that bring a bill on that. It would pass by 9a.m," Kihika told the Senate. 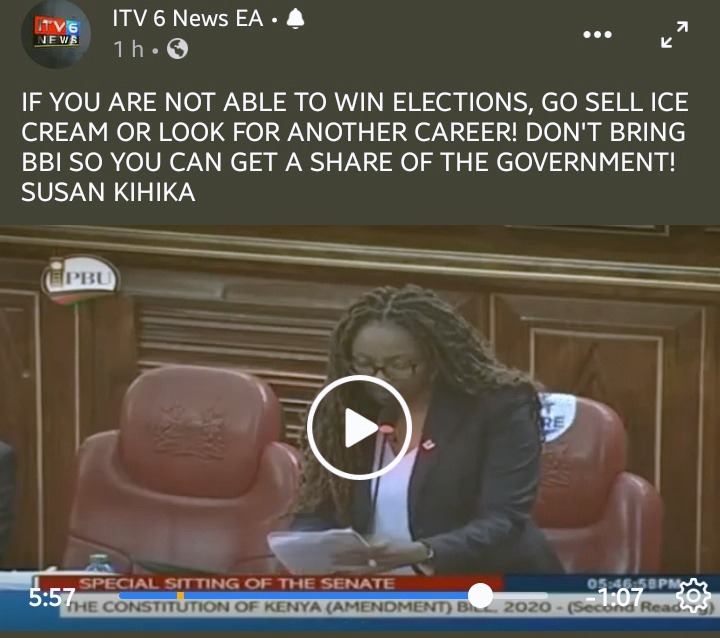 Governor Anne Waiguru Gets Stabbed In The Back By Her Deputy Governor.