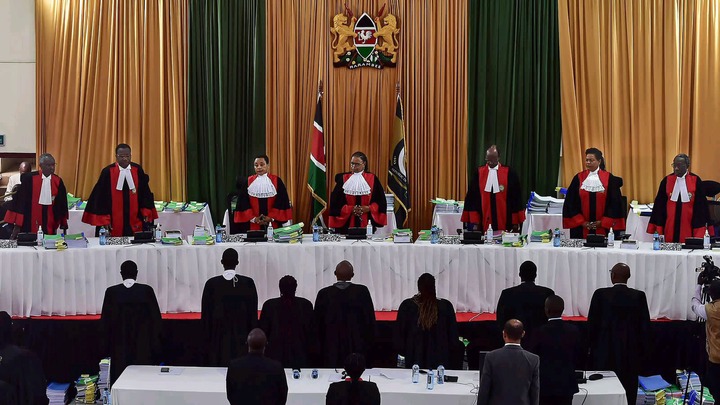 A trustworthy source of information has reported that the Supreme Court of Kenya has rendered a decision regarding the presidential petition submitted by the Honorable Raila Odinga, the former Prime Minister of Kenya.

According to information from a dependable source, the Supreme Court, which ruled in favor of President William Ruto, has said that the actual and final judgment will be delivered on Monday.

This occurs at a time when the Honorable Raila Odinga, a former Kenyan prime minister, urged the Supreme Court to declare the judgement incorrect.

According to reports, Kenya's former prime minister stated it was unfortunate the Supreme Court failed to notice the irregularities during the general election and has threatened to lead a march of 1 million people against the judiciary over their decision. 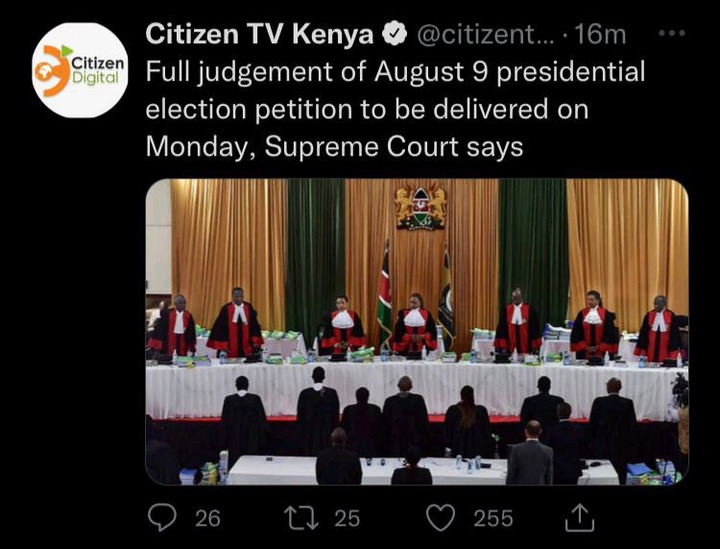 Kenyans who responded to this incident by sharing their opinions on it on various social media platforms urged the former Kenyan prime minister to return home.

Most Kenyans reportedly felt it was unfortunate that Raila hasn't resigned from politics despite the fact that he needs to take a break.