Opinion Poll - If Elections Were Held Today, Who Would be Your President

By Vision+Kenya (self media writer) | 1 month ago 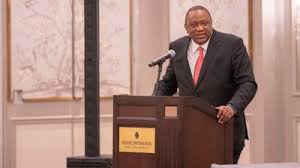 There is season and time for everything, time to politick and time to work, time to compete and time to stay united. And now it it time for politics in our country as we are going to hold general elections next year on 9th August 2022.

The race to succed president Uhuru Kenyatta has heated up with several leaders declaring their interest in occupying the country's top seat. We seek you opinion today on who do you prefer if elections were held today?,

The former prime minister is gearing up to make a fifth stab at president and with him he has a clear development history and good name of his side.

The deputy president William Ruto is also keen on succeding president Uhuru Kenyatta but he is fighting against the bad image that he has for himself ranging from his failed promises and also the number of corruption scandals that have been linked to him.

Little is known of the Amani National Congress boss as he insists that he will vie for presidency.

The Wiper party is keen to have his name appear in the presidential ballot for the first time.

The ODM life member and billionaire businessman turned politician will battle Raila in ODM nominations to run for presidency.

The KANU chair also has a burning ambition to vie for presidency with his father's name behind the driving force.

The second time Machakos governor through his Maendeleo Chap Chap party also wishes to run for the top seat.

The two term Makueni governor also wishes to run for the top most seat in the country.

The Murang'a governor through his new political vehicle, Usawa party also wishes to run for presidency.

The former Kiambu governor through his newly aveiled Tujijenge party has insisted that he is also a mother's son and can run for presidency.

Kindly share your preferred to help the undecided to make an informed decision, thank you.

Matching Mpaka Socks; DP Ruto Wins Admiration From Kenyans With How He Was Dressed Today

Ngirici and Ann Waiguru Spotted together At A Church Service, Ruto Also In Attendance