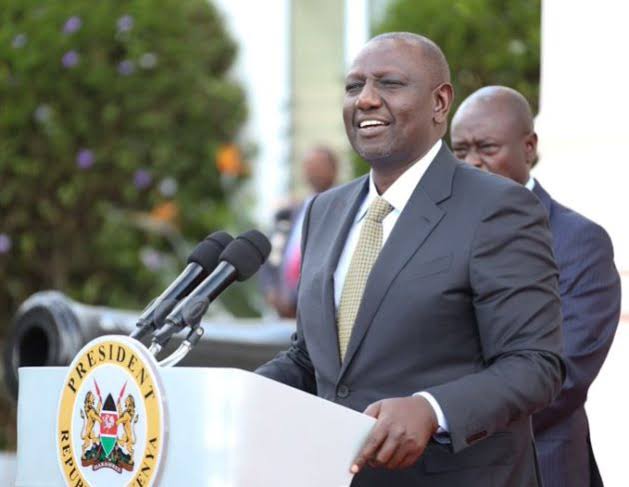 The President of the Republic of Kenya Dr William Ruto has done major changes today on his Aide De Camp Officer. In the new changes, the president appointed Colonel Fabian Lengusuranga who has been a senior officer in Kenya Army.

Lengusuranga is now going to take the position of colonel Timothy Lekolool who was President Uhuru's Aide De Camp Officer. Colonel Lekolool also served president William Ruto during his first time in the office until when Ruto was choosing his new Aide De Camp Officer today. 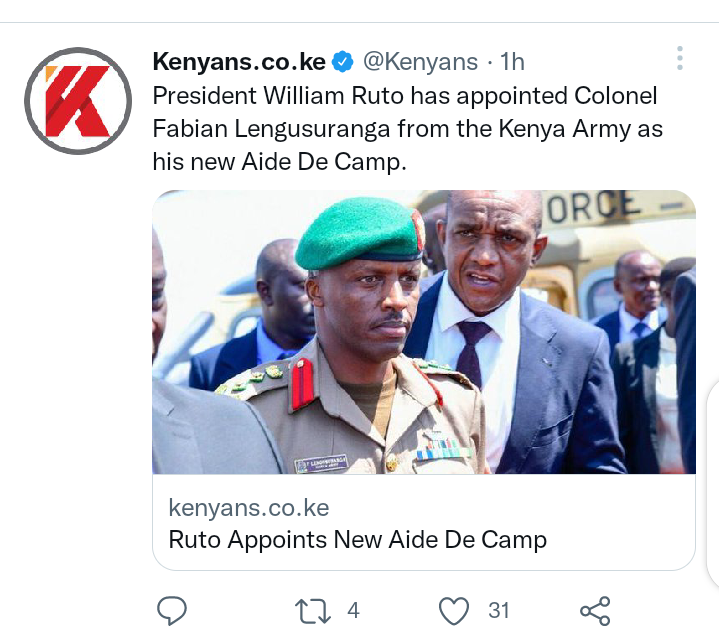 The newly appointed Aide De Camp Officer Lengusuranga will be deputised by Colonel Damaris Agnetta who also comes from the Kenya Army.

The duo accompanied the president today after they had been appointed to their first tour of duty with the head of state to the burial of deputy president Rigathi Gachagua's brother in Mathira, Nyeri county.

Colonel Lengusuranga, the new Aide De Camp is now the one who will be standing besides president Ruto in the podium while addressing the nation in any public event.