Popular Constitutional Lawyer Ahmednasir Abdullahi has Elicited mixed reactions after he claimed that the United Democratic Alliances which is led by the Deputy President William Ruto is now a popular party in Lower Eastern part of Kenya.

Ahmednasir was Reacting to the huge crowd that gathered to welcome the Deputy President William Ruto during his tour in the region on Tuesday the 21st of September 2021. Through his Twitter account, Lawyer Ahmednasir claimed that it's now clear the newly formed Party is very popular and now the next plan is to open Offices in Buffalo.

"UDA is very popular in lower Eastern..it plans to open Offices in Buffalo soon" Ahmednasir Wrote. This was however received with mixed Reactions from Kenyans some differing with Ahmednasir, claiming that the crowd does not represent votes or Support. Others Concurred to Ahmednasir idea citing that Ruto all the way and lower Eastern is together with him.

Ruto who met leaders from Ukambani on Monday at Amboseli is seeking to popularize his presidencial ambitions ahead of the 2022 general elections. During his campaign Ruto said that he is confident that he will form the next Government which will uplift the hustlers through his Bottom-up approach. He said that his government will set aside 120 million which will be available for lending to the Small and Medium Enterprise at lower and affordable rates. 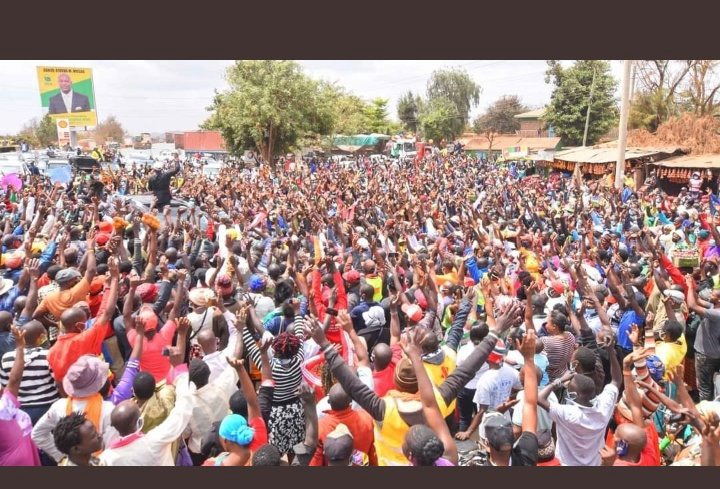 Mudavadi Aside, Raila Advised To Handpick This Running Mate From Western If He Wants To Easily Win