By Matha.wendo (self media writer) | 7 months ago 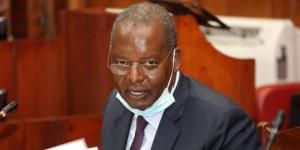 Chaos erupted in the National Assembly after Members of Parliament opposed to the Political Parties (Amendment) Bill 2021 disrupted the session and roughed up the Majority Leader, Amos Kimunya.

The violent altercations erupted when Kimunya took to the floor to move an amendment to the Bill.Kimunya, who is also the Kipipiri MP, sponsored the Bill.

During the Wednesday, January 5, session Speaker Jessica Mbalu, was forced to intervene after MPs moved too close and started attacking Kimunya.

The Sergeants at Arms were directed by the session Speaker to protect Kimunya so that he can move his amendments.

MPs had earlier rejected an earlier amendment by Garissa Town MP Aden Duale on the deletion of the clause to have a coalition political party submit its pact six months to elections.

The session at the National Assembly has been hostile mirroring last week's events where MPs engaged in a fistfight over the controversial Political Parties Amendment Bill.

Other issues set for discussion also include the Second Reading of the Committee of the Whole House and the Third Reading of the Public Procurement and Asset Disposal (Amendment) Bill.

The speaker further informed the legislators that the stipulated time may be extended if need be.

"If the need arises, the sittings of the House will automatically extend until the conclusion of the specified business on the three days. The House may also hold evening sittings on the prescribed dates, for purposes of concluding any business scheduled for consideration herein," the speaker noted.

He added," I have authorized the Clerk to facilitate Members to use the electronic voting system pursuant to provisions of Standing Order 70 should Division be called. Members who may have misplaced their Chamber electronic cards are required to seek replacement at the office of the Chief Sergeant-at-Arms."

If the Bill becomes law and Azimio La Umoja becomes the coalition party, for instance, the presidential candidate and the running mate will be on the ballot under the outfit and its symbol as opposed to the current arrangement. 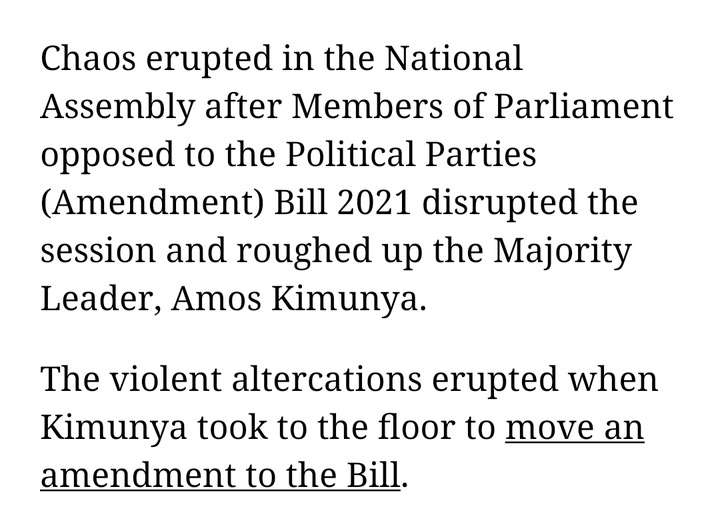 Waiguru's Husband Speak on Presidential Vote Tallying, Reveal Why It is Hard to Challenge in Court

Dp Ruto or Raila? Here Is Procedure On How President Uhuru Will Hand Over Power To President-elect