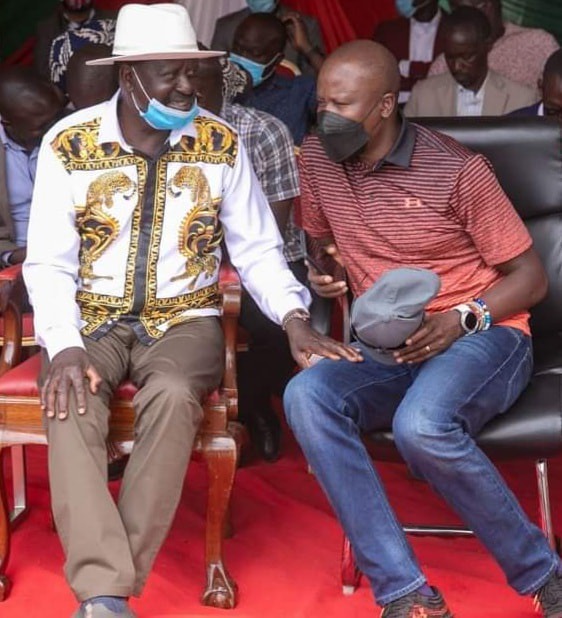 Suna East MP Junet Mohamed has found himself on the receiving end of a number of Mt Kenya residents after remarks he recently made wrapped many of them the wrong way.

While accompanying Raila to Nyamira county in South Nyanza, Junet was quoted saying when Raila is elected the president of Kenya, then the government will belong to the Nyanza people.

Hew went ahead to 'warn' Health CS Mutahi Kagwe, who was present at the meeting that he will only be welcomed as a visitor in Raila's government, adding that the Kikuyu nation has had leadership for more than 20 years. 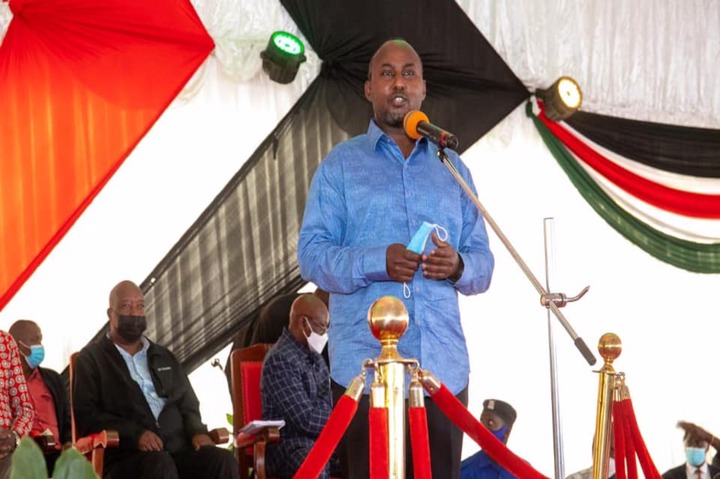 However, his remarks sparked outrage among most Mt Kenya people, who came out to caution themselves against Raila's presidency.

Taking to his Facebook page, Kanini rubbished claims that Junet's comments were offensive in any way, adding that Mt Kenya and the lake region is still one going into 2022 general polls.

He termed Junet's comments as just jokes warning that Kenyans should not strive in creating a rift between the two regions out of a small joke. 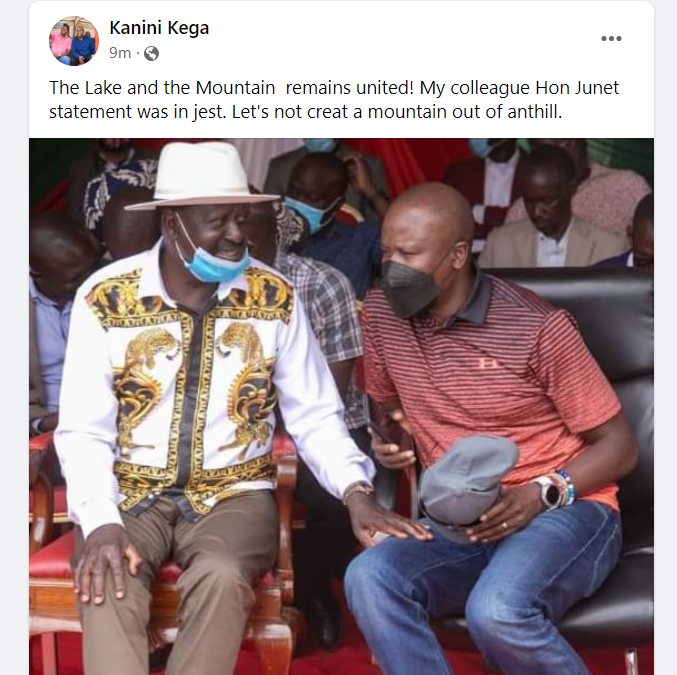 ODM Secretary General Edwin Sifuna has already spoken on the matter, saying Junet's comments should not be taken seriously, adding that it was only a light joke and nothing serious about it.

Junet's remarks seems to have angered a number of Mt Kenya residents who were warming up for Raila's presidency, with a number of Raila competitors using the same to outdo the ODM boss from the region.