Just a few hours ago when the chairperson independent electoral and boundary commission Wefula Chebukati announced the president elect in Kenya many people have rejoiced the news and others still are in hesitant that the election was opaque. 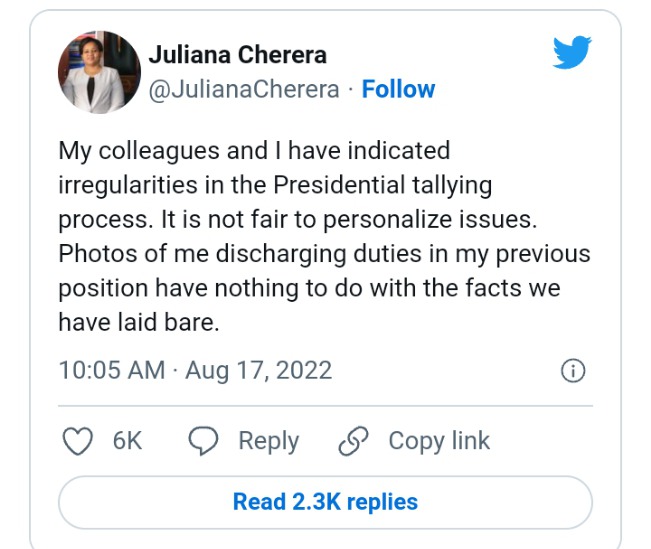 Julian Cherera who is the vice chairperson of the commission actually went and announced that the election was opaque and they were not involved together with three other commissioners.

Kenyans have actually said that the whole thing is politically and the four commissioners were there with an agenda of Raila emerging as the winner which happened contrary and that is the actual reason why the claims have emerged. 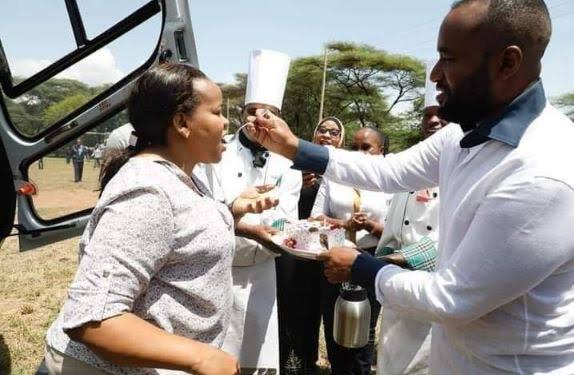 Julian has dismissed those claims and asked Kenyans to stop sharing her photos in various online platform claiming that her personal life should not be interpreted wrongly and her decision to question the election results were nothing politically. Kindly share your thoughts in the comment section.

Ruto Reveals Why He Wants Bishops to Pray for Statehouse Building