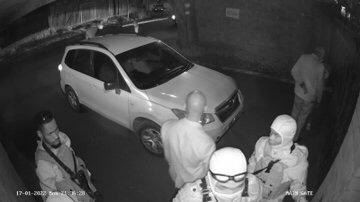 Confirming the incident, renowned Politician Honorable William Kabogo shared a number of photos of the suspects claiming that this incident was taking place in the evening and for this reason, tagged the police along with several other politicians who are allied to the deputy president of Kenya, honorable William Ruto.

This is happening at the same time when Jimmy Wanjigi has revealed that he is going to make sure he runs for the position of the presidency in the oncoming General elections claiming that he is not going to give up.

While reacting to this incident, kenyans who took to their different social media accounts to express their opinions and suggestions on the matter have called upon the inspector General of police, Hillary Mutyambai to send police officers to the crime scene in order to find out what is happening.

According to the reports given by most Kenyans, they claimed that it was so unfortunate that the government often keeps quiet about this kind of things only to react after things have gone wrong and for this reason, kenyans have called upon the director of criminal investigations to react quickly. 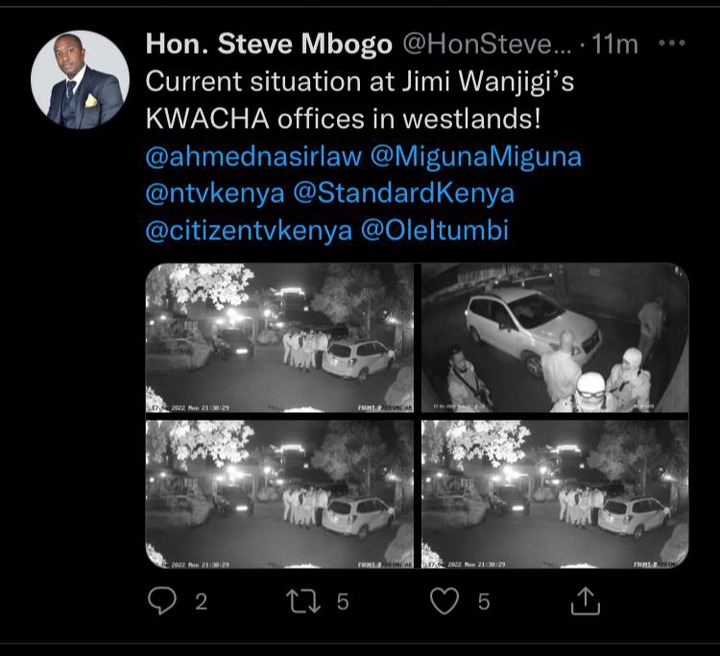