By Description (self media writer) | 28 days ago Residents of Baringo South now want the Cabinet Secretary of Interior Ministry Dr Fred Matiang’i to resign. This comes following loss of more than a thousand livestock. This attack comes as the neighboring Laikipia County is on security operation.

The residents of Baringo have been left distraught following this latest incident. The men brandished their weapons as a show of might but following the latest incident, their bows, arrows and spears could not save them and their herds of cattle from a heavy gunfire that raided the villages in Baringo North.

This happened after bandits fleeing Laikipia Nature Conservancy raided their villages stealing their animals. Musa Chelang'a is a victim who has been left in tears as he recounts how he lost his cows to the bandits. He says the attackers were heavily armed adding that he was lucky to be alive. He says that he watched as bandits drove away his 20 cows and two donkeys.

The residents say that terrain is the main challenge that makes it difficult for the security officers to flush out the bandits while the criminals are taking the advantage of the terrain as their hideouts.

The residents have been left without a single animal. In Muchungui village, protests erupted where residents demanded that the National Police Reservists be rearmed. The residents criticized the government’s mode of responding to banditry and cattle theft in the area.

Demonstrating residents expressed their dissatisfaction in the way security agencies were responding to their problems while chanting in unison "Matiang'i must go!" The area leaders complained that the National Police Reservists were taken from the area and deployed in Laikipia giving a way for the bandits to escape to the area.

The residents say that the bandits took the animals which they stole to a valley that is just a few kilometres from the villages where they invaded. The residents now want security officers to move with speed and rescue their animals from the hands of the bandits. 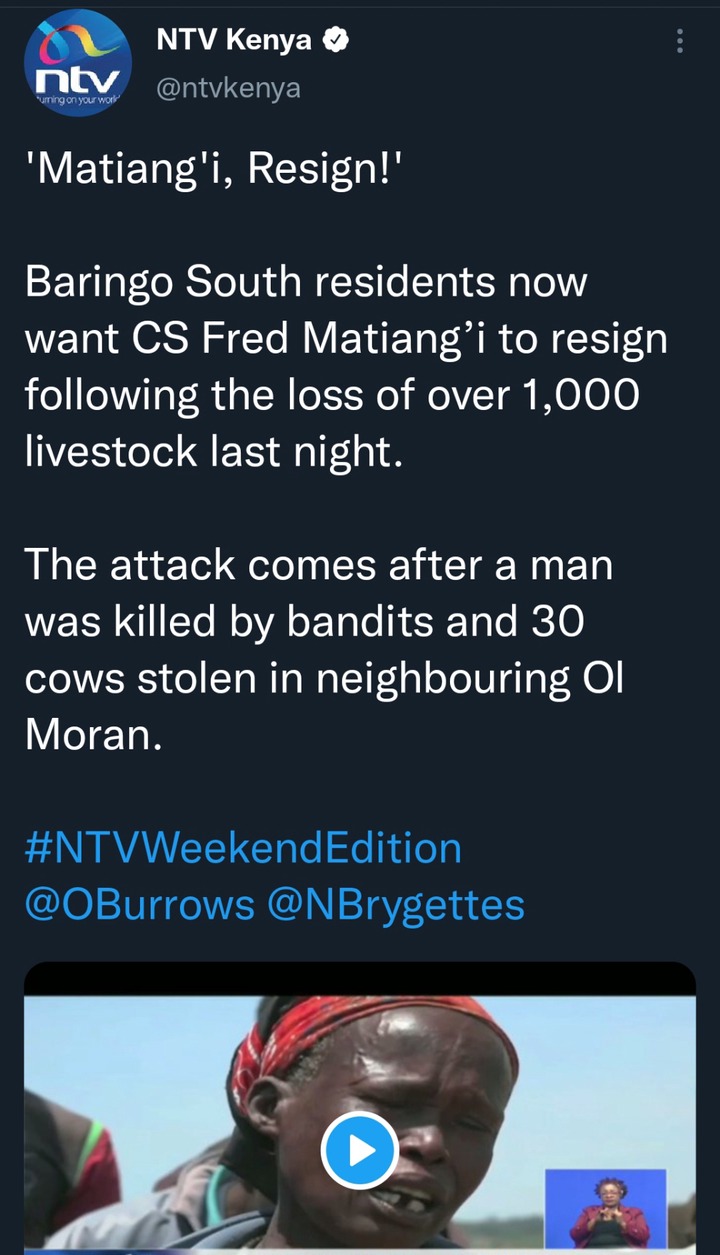 How and Where to Have Fun Every Weekend on a Budget