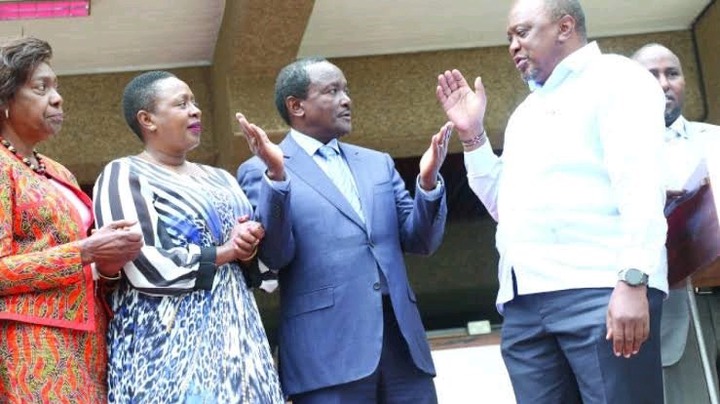 However, sources close to the situation say Kalonzo has been wary of Raila's decision to appoint him as chief cabinet secretary because the position is not in the present constitution. He insisted on it being included in the Azimio manifesto, with his tasks clearly defined.

Kalonzo has now learned that he has been offered the third position in the constitutional power structure. Jubilee vice chair David Murathe told the Daily Nation that the coalition has chosen to make Kalonzo speaker of the national assembly.

The speaker of the national assembly is the third most powerful government official, with the ability to administer the government in the absence of the president and his deputy, according to the constitution.

"Mr. Kalonzo has benefited from coalitions, and his decision to stay in Azimio will have a greater impact on his political career. He can resign, but he will have no bargaining power in any alliance because he is required by law to be in the coalition for six months before the election and three months afterward "Murathe stated.