Who is to Blame for The Current Cessation of Movement and the Curfew time?

By FrancisOnyach (self meida writer) | 9 days

We are the creators of our woes and shouldn't complain before trying. 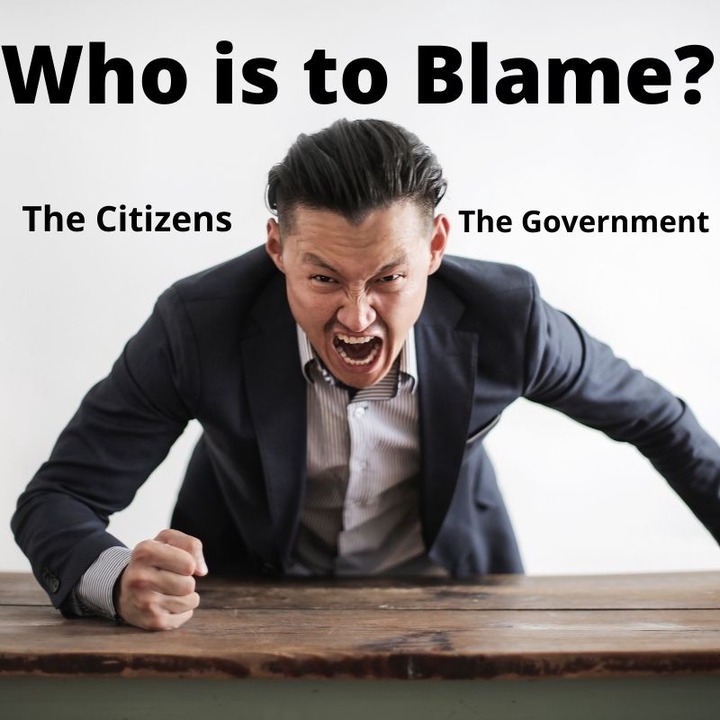 As I go through social media sites and see the frustrations expressed from every corner of the country, I start to think about who is to blame for all these unfortunate happenings.

Is the government supposed to take the blame in entirety for the tough economic times and the rapidly rising number of Covid-19 infections? Maybe or maybe not.

For some reason I feel like we, the citizens are more responsible for the said situations.

Let me use these two examples(The current Cessation of movement and elections) to clarify my insinuations.

If you had a survey today to ask the citizens what they feel about the president's decision to impose the 8 PM curfew and locking five counties, 95% would say he did the wrong thing.

I'm not saying it was the best thing to do but what choice did he have?

How did we contribute to the lockdown?

Just take a walk anywhere and you'll record that at least two in every five people don't wear face masks and nobody observes social distancing.

The set rules are meant to protect us and not the government. Enough awareness has been created on just how bad the pandemic is and we have watched it in the news thousands of people dying all over the world but we don't take it seriously.

Some will argue citing points like how surviving is hard during the lockdown, it is tough, especially on casual workers who cannot work from home but before talking about that, do we do enough ourselves to ensure the situation does not get worse? I can confidently say we don't

Before starting protests on social media demanding that the country should be opened, let's up our game on an individual basis.

Let's observe the set rules and encourage the less informed to do the same and if it doesn't get better then who am I complain when the protests begin?

We have to accept that Covid is real and it's one of the deadliest diseases, learn to live with it by observing the set rules.

ELECTIONS AND THE CHOICE OF LEADERS

I know some people will crucify me for this however true it is, the likely ones being the shameless and guilty culprits who let greed cloud their judgement.

During elections, most of us tend to be blinded by some very dumb things like our tribes and greed for handouts.

We let our selves be manipulated and duped in broad daylight with unrealistic promises.

We worship these politicians like gods, praise them with the aim or hope that we will be given some cash.

I know it gets tough sometime and getting a day's meal does seem like a more reasonable or the only target.

Does it however mean that we should sell ourselves out so cheaply?

It has been the trend that we vote carelessly, following tribal lines and trashing all the reasonable candidates only to complain later.

When things get salty after a few years in office, we start seeing the true personalities of our elected leaders

We begin to call them names, condemn them and swear never to make the same mistakes but at the end of it we just end up doing the same things.

Everyone is greedy, the only thing that makes us different is the levels of the same.

When a political aspirant starts dishing out cash to the public, do you think they just do it out of good will?

Definitely not. The cash they give is more like an investment and any business person only invests when they see the potential of good returns.

As much as it is a risk to the aspirant, whoever wins takes the first few months of their reign to recover and sometimes even the whole term.

So, before we complain it's only right if we take a look at our choices. We are the ones who greatly contribute to these problems we undergo.

This is just my point of view and I respect it if anyone has a different one.

Do you think it is right to entirely blame the government for everything?

Content created and supplied by: FrancisOnyach (via Opera News )

The Last Chance Bale Has To Save His Career (Opinion)

"Leave William Ruto Out of This Mess" Vocal Strategist Speaks Out