By Mtotowacate (self media writer) | 4 months ago 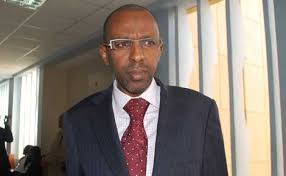 Ahmednasir who is among the top lawyers in Kenya today tweeted on his twitter page that It's very obvious that Jimi Wanjigi is being harassed by the police in order to allow Hon Raila have a free run in the odm Presidential nominations this animal called ODM is misbehaving like this. Imagine if it ever Came to power? 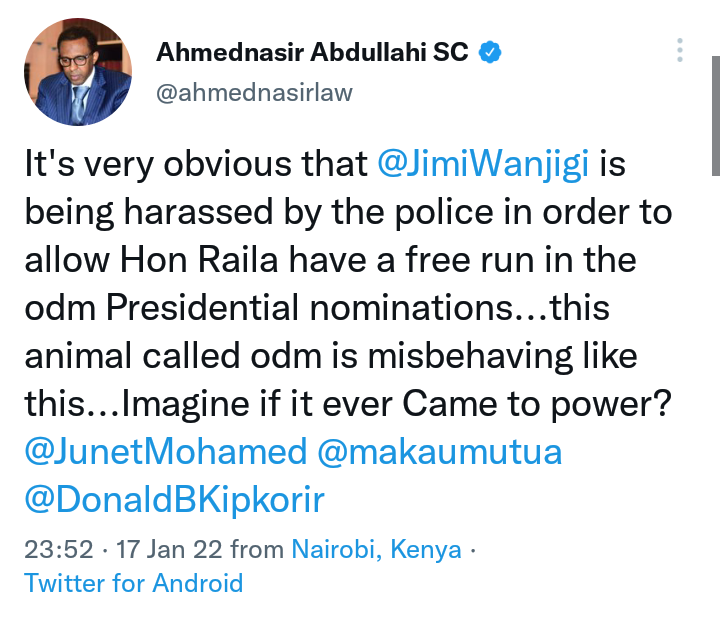 Okoth tweeted, "Which ODM nominations? There r no scheduled ODM nominations that Wanjigi would participate in. The top contenders withdrew from the race, Joho and Oparanya. Wanjigi opted to chat his own path, his sologan being "Fagia Wote" instead of "Inawezekana" or "Chungwa Moja Maisha Bora." 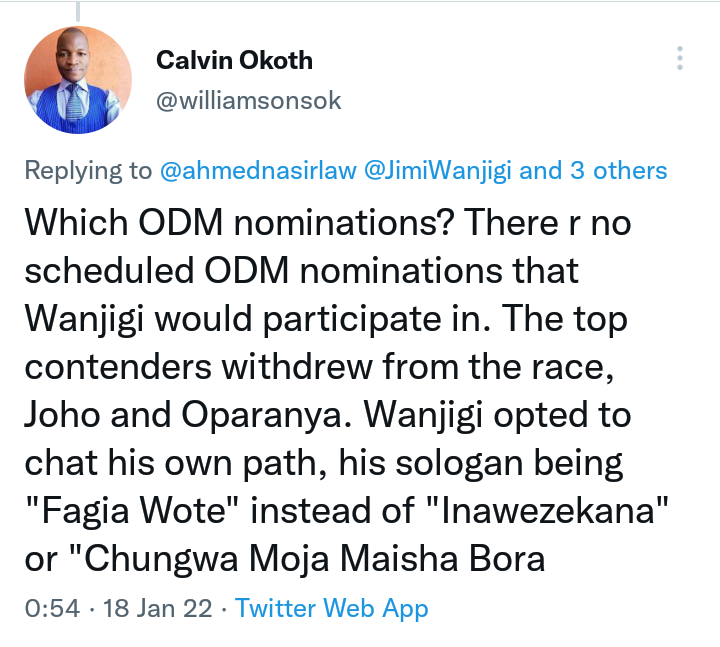 Donald tweeted, "SC, who is Jimi Wanjigi? So, you want to actually posit with a straight face that if you want immunity from criminal prosecution you claim you are being victimized for opposing Baba? JW shouldn’t be arrested even if he steals or kills? Please, gerrout!" 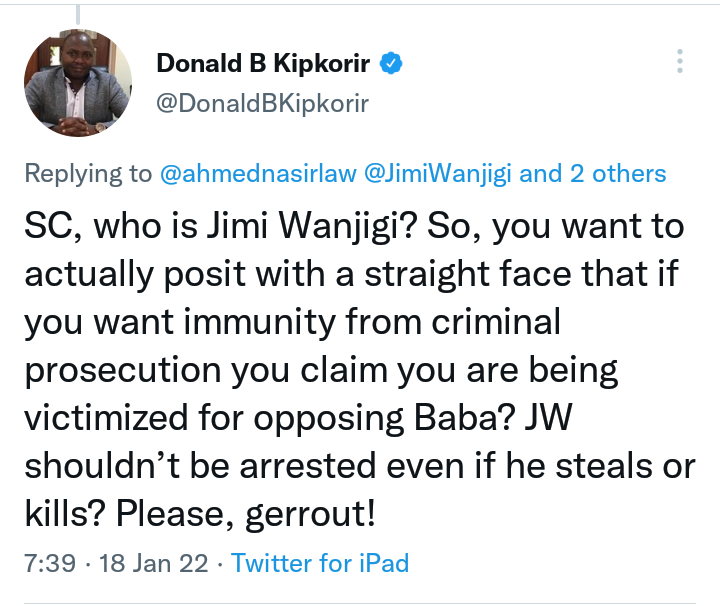 John tweeted, "Miguna Miguna fed that monster with blood, it feasted on him. Jimi Wanjigi fed it, it's baying for his blood, same fate awaits SK Macharia and all other funders. I now know why others are "supporting" it. Kenya will gain freedom only after death of the monster." 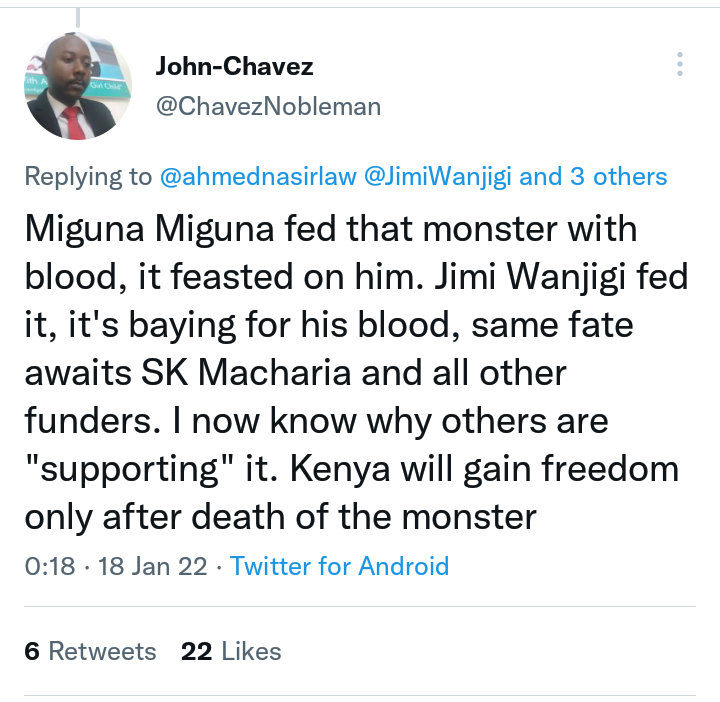