By Informative1 (self meida writer) | 18 days 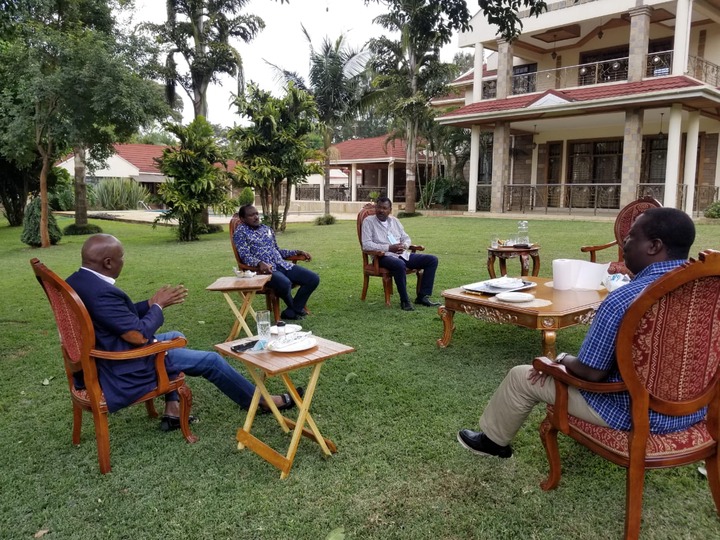 Ahmednasir Abdullahi, a senior counsel and a Nairobian lawyer has commented on the photo that resurfaced on the internet. The photo consists of Gideon Moi, Kalonzo Musyoka, Moses Wetangula and Musalia Mudavadi. The four seem to be in a discussion in the picture.

This is not a surprise to kenyans as the four have been lately seen to work together towards a common goal. The goal is to win 2022 presidential bid. The four leaders have formed an alliance dubbed One Kenya Alliance. Three of them, Kalonzo, Musalia and Wetangula come from NASA coalition.

Ahmednasir says that Gideon among the four is capable of leading too. He says even his outlook displays a great leader. Despite the formationa of an alliance, the four leaders have not publicly declared the one person they will support in the race of the coming elections. There has just been speculations on the matter. 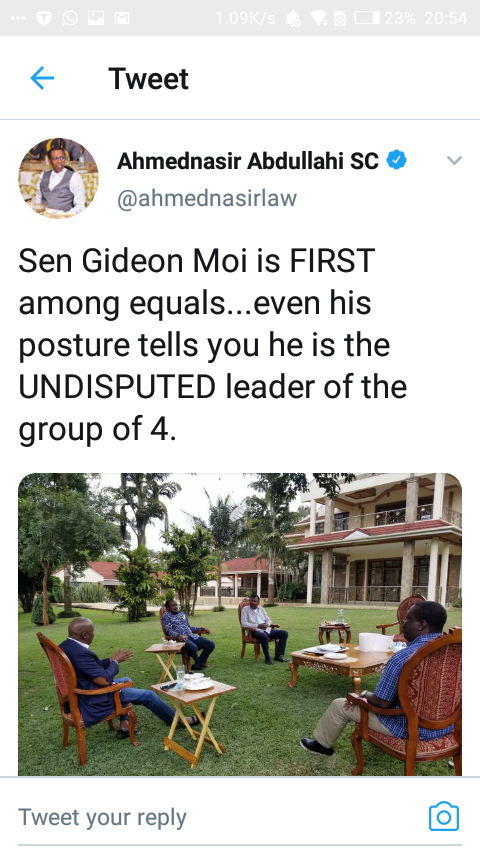 The Lawyer's comment has left people expressing various views. Gideon being the son of the first president and now the leader of KANU party has all the wisdom upon him to lead. However none of the other three is least. Here are some comments to the tweet. 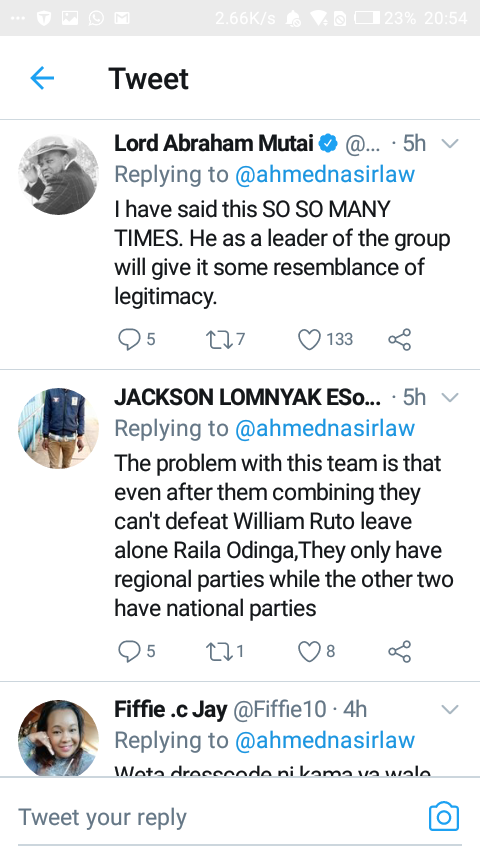 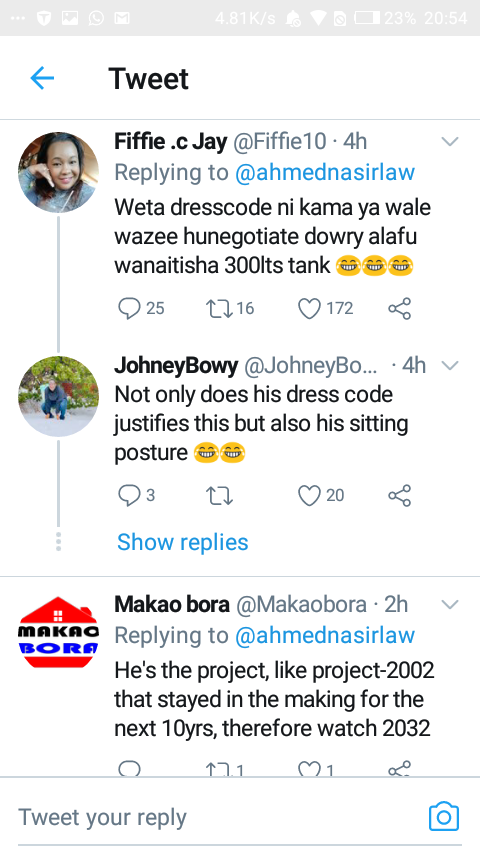 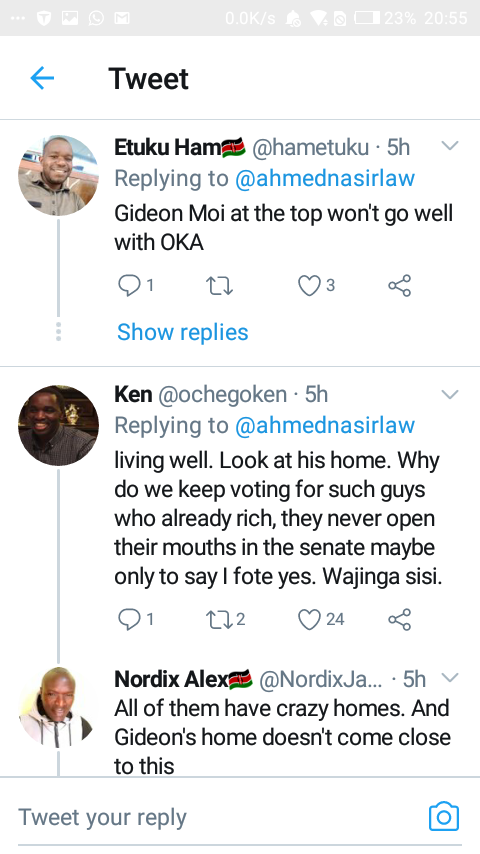 Content created and supplied by: Informative1 (via Opera News )

Several Teachers Stuck In Nakuru, Unable To Travel To Nairobi For KCSE Marking