By martombevi (self media writer) | 22 days ago 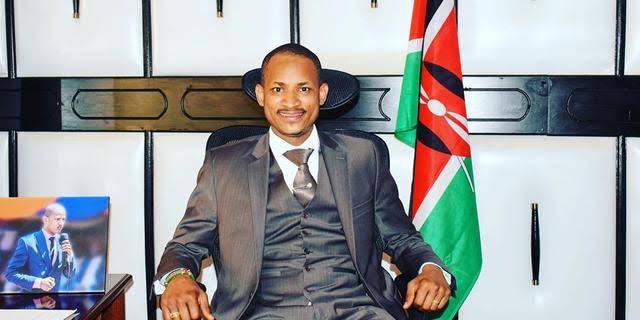 Following the recent elections, several Kenyan politicians from different areas have gathered to organize and plan for 2027. They have been making preparations to at least be somewhere by 2027, and they have been standing up for one another whenever there is a disagreement.

Babu Owino is currently enraged by the actions of governmental leaders. He claims that having tribal chiefs in this nation is complete baloney. He claims that it is absurd for leaders to organize themselves into tribes and that this practice should end. He continues by informing Kenyans that the majority of the leaders they chose are ignorant.

Through his official Twitter account, controversial Member of Parliament Hon. Babu Owino addressed the political elite. The member of parliament for Embakasi- East is a politician who never hesitates to express his opinions on matters that affect the nation. He has enormous influence throughout the nation, particularly with the young people who subscribe to his political ideas.

As part of his criticism of politicians who he claims are fostering tribalism in the nation, Hon. Babu Owino posted a picture of himself in handcuffs on his Twitter page. The agitated ODM member of parliament has criticized lawmakers for continuing to act in a tribal manner.

The outspoken MP has criticized leaders who insist on referring to themselves and their community in terms of a specific tribe, which is incorrect in the opinion of Hon. Babu Owino. The comments by Hon. Babu Owino comes after several Western Kenyan MPs threatened to initiate an impeachment motion against Deputy President Rigathi Gachagua for concentrating so much on Mount Kenya even though he is a National Leader.