By AngelMbuthia (self meida writer) | 4 days

The Kenyan blogger Gordon Opiyo has revealed that the KANU party leader Gideon Moi was in Alego for a two-day visit where he met allegedly met a renown Businessman Edwin Ng'ong'a at his palatial home along the beaches of Kanyaboli.

According to the celebrated blogger, Gordon Opiyo who shared the information on his heavily followed Facebook account, the former prime minister Raila Odinga's son Raila Junior and Oburu Odinga were also reported to be present during the meeting. 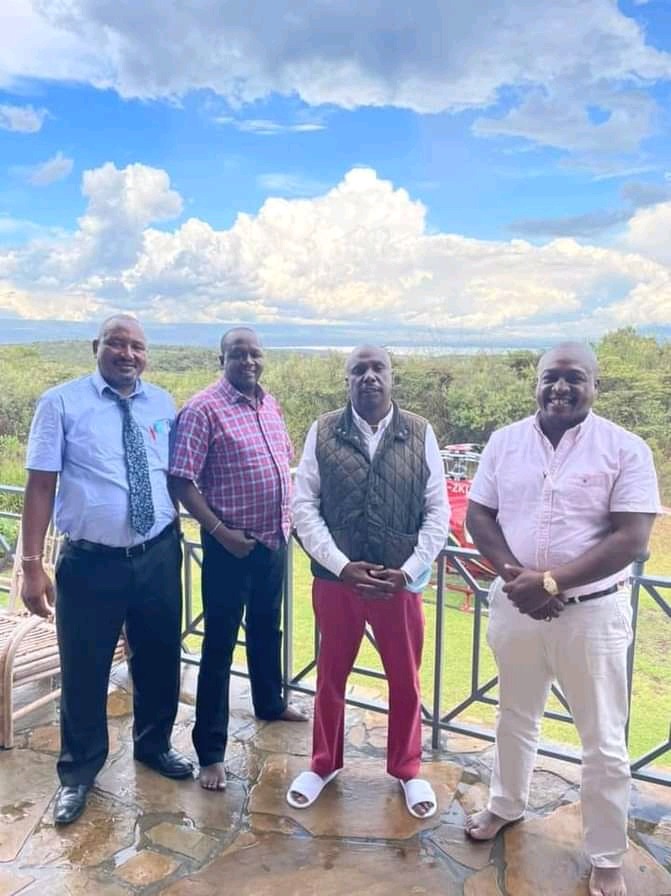 Gordon revealed that after the intense negotiations among the four aforementioned powerful people, it was alleged that the Baringo senator agreed to support the ODM party boss for presidency in 2022 as the Prime Minister post will be taken by a Mt Kenya politician, most probably the head of state, president Uhuru Kenyatta.

However, the above line up will only sail through if the proposed BBI bills of 2020 go through successfully which seeks to impute the prime minister and two deputy prime minister positions into the constitution. 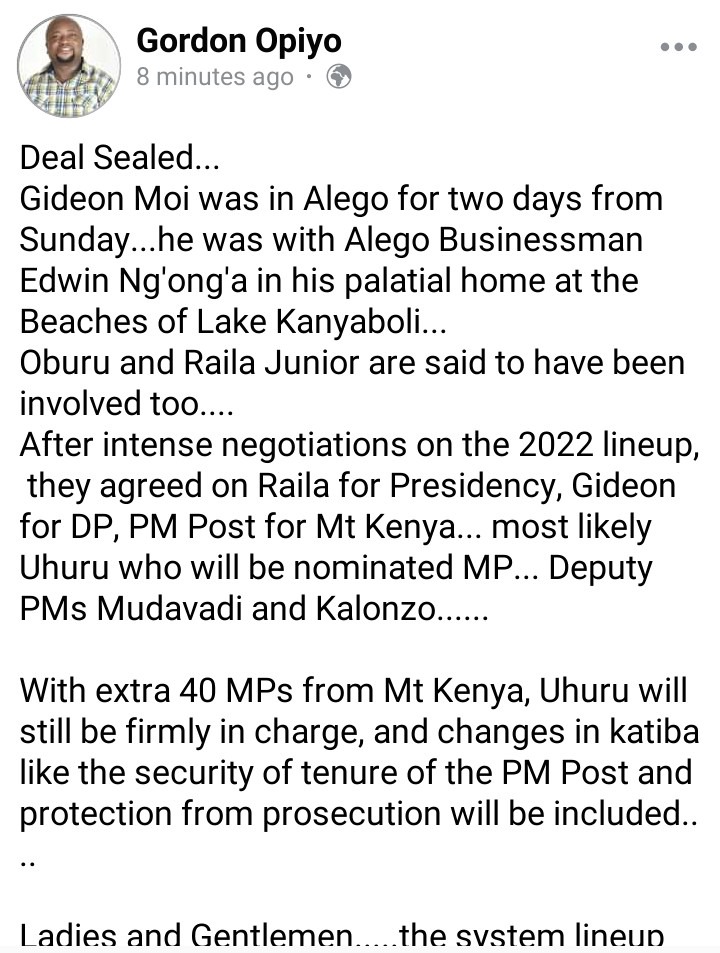 The renown blogger also alleged that going by the BBI proposed bills of 2020, Mt Kenya region is set to receive extra 40MPs which will consequently act as a bonus to Uhuru Kenyatta in regard to his leadership powers as the prime minister.

Herman Manyora Predicts Betrayal in Tangatanga, Names The Only Mt Kenya MP Who Will Stand With Ruto