Deputy President William Ruto has today taken his bottom-up campaigns to Kikuyu Constituency, which is currently led by MP Kimani Ichung'wah, as he looks to increase his political bonga points ahead of the August General election. 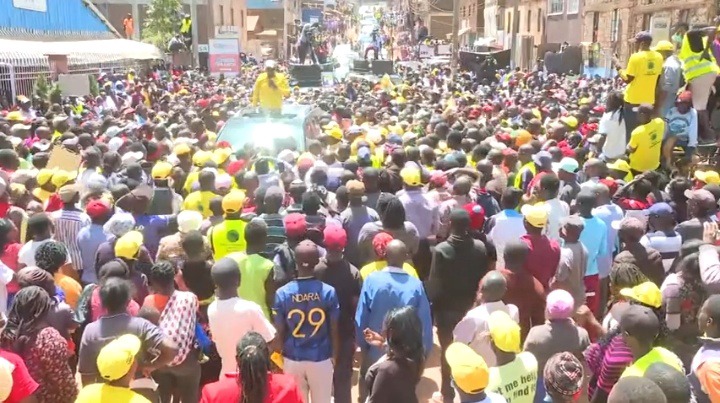 It was after his speech at Kìnoo shopping centre in the Kikuyu Constituency, Kiambu County, that he invited the area MP Kimani Ichung'wah to address the crowd. However, Ruto was forced to interrupt the MP just as he (Ichung'wah) made his first word, with the intention of explaining what could bolster his support in the Kinoo ward. Ichung'wah, however, slightly contradicted what the DP had told the crowd when he was later given the microphone. 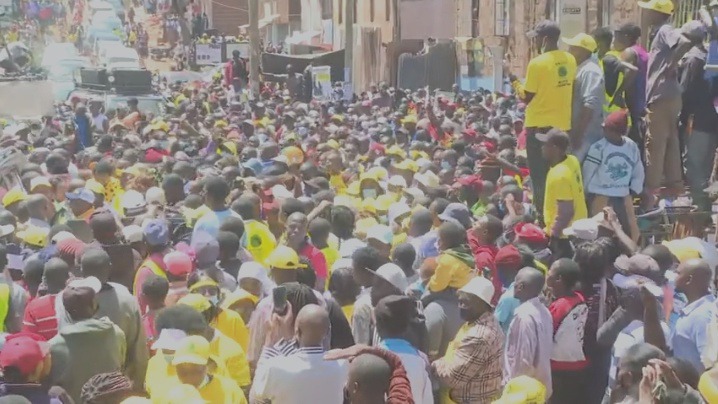 He informed that before making a stopover at the market, he had opened a Primary school built by MP Ichung'wah and, that he was happy for the MP had completed building two Secondary schools that he was going to officially open after leaving the market.

"I thank Kimani Ichung'wah because he has built a secondary School at Mama Ngina and another one up there and am going to open now," Ruto told the crowd before handing the microphone to the MP. 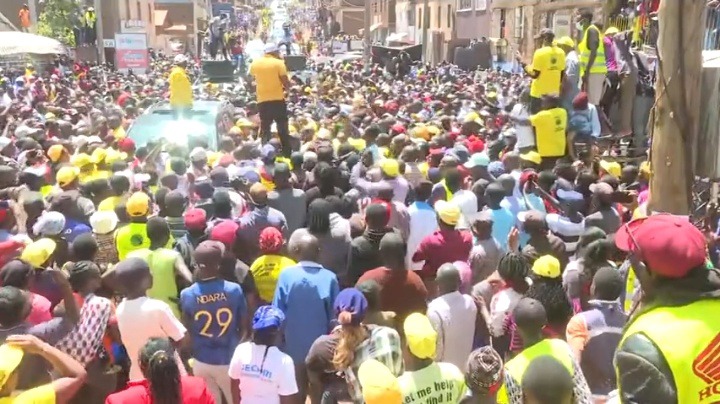 But after thanking DP Ruto for his support, Ichung'wah explained that unlike Ruto had said, only the Mama Ngina primary and one of the said secondary schools are complete. He told the crowd that Mama Ngina secondary is at slab level and they will complete it soon.

"That problem we had with PCA Church is solved and now we have started building PCA Mama Ngina senior Secondary. It is at slab level but the other, just as you(Ruto) has said, is complete with over 200 students," Kimani Ichung'wah said. 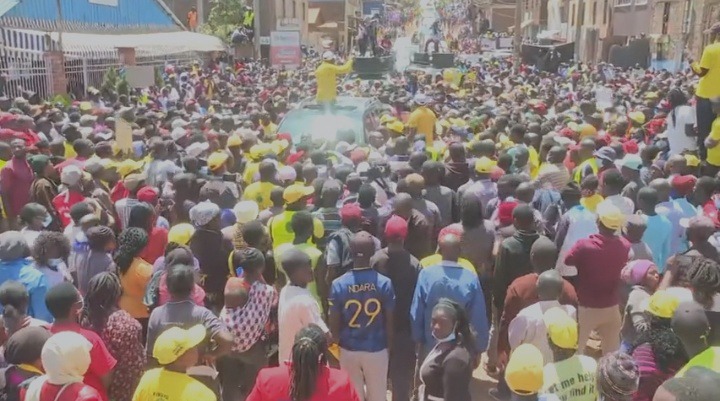 Ndindi Nyoro Cautions Uhuru Against A Move That Will Shame Him