By RetlaWalter (self meida writer) | 1 months 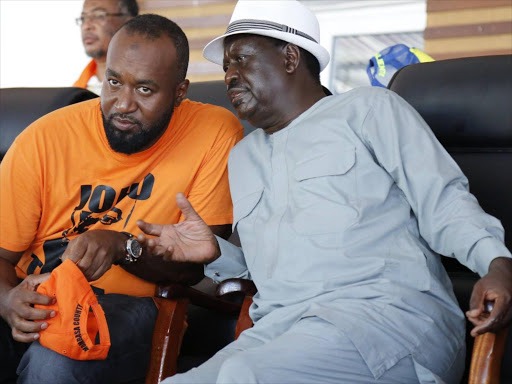 The journey to the presidency has been recently viewed as a hard battle amid the BBI referendum bill. Many have declared their interest for the top seat seeking to succeed President Uhuru Kenyatta.

The Mombasa Governor Hassan Joho, who is also the ODM deputy party leader, has said he will be running for president in 2022 and that his march is unstoppable. He has already delivered his nomination papers to the ODM party and expects full support from the coastal region including leader Raila Odinga. Earlier he said that he and the coastal region now needs to have their leader having supported his boss for long term.

Having submitted his applications, in his reply, Raila said that every citizen has the right to vie for presidency. In his visit to the coast the ODM party leader said that he will support everybody in the party who is willing to vie for the top seat. Raila said that only the party will determine who will flag the party flag to the elections. As it is seen Joho is ambitious and vows to stop at nothing but the presidency.

Rugby Legend In Trouble Over Attempted Murder Of Key Witness