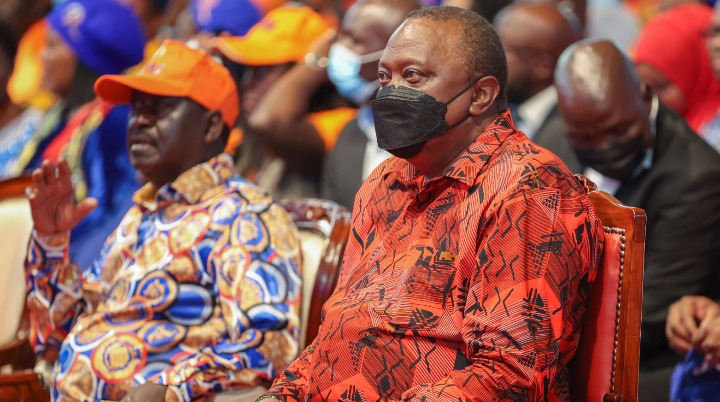 This was after Suna East MP Junet Mohamed posted on his Twitter page about today's  Azimio meeting held at the Kenyatta International Convention Centre to deliberate on preparations for the forthcoming general election.

In his post, Junet had revealed that they convened a meeting at KICC under the chairmanship of ODM Party Leader Raila Odinga. Junet said the meeting was successful.

This was after President Uhuru Kenyatta failed to turn up for the meeting as he was away in Rwanda to attend the 26th Commonwealth Heads of Government Meeting (CHOGM).

Despite his absence, Junet said they discussed and approved a strategy to synergize the strength brought by each party to the coalition by rationalizing and harmonizing candidates in all elective positions and mandated each constituent party to implement the strategy

IEBC Was Not Properly Prepared For This Election, Says Senior Counsel James Orengo

"I Have No Competitor" Uhuru Dismisses A Reporter Asking Him About Ruto Camp's Allegations.