Miguna Miguna: Can He Become Kenya’s Next Chief Justice? 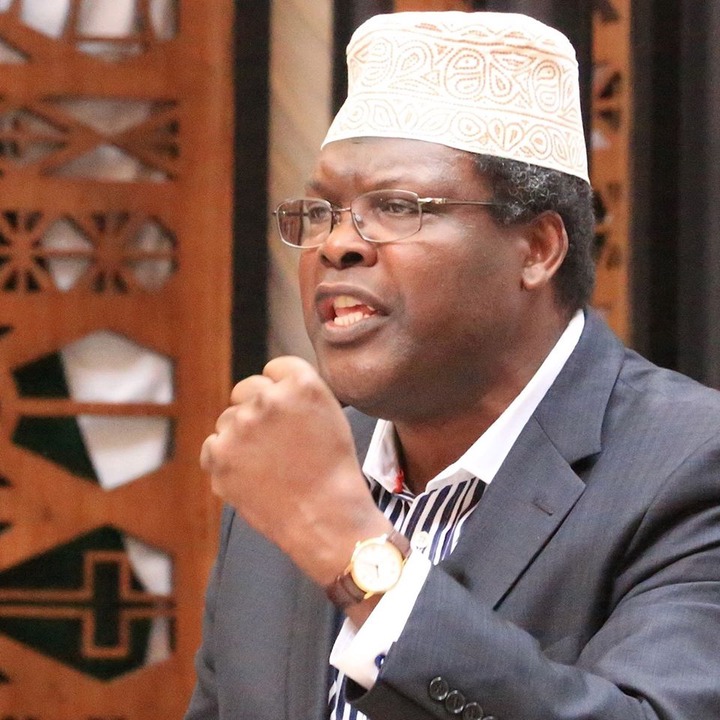 However, unconfirmed reports indicate that Maraga who assumed office in October 2016 may retire early – in the course of this year, as did his predecessor Willy Munyoki Mutunga.

Mutunga left office in June 2016 while aged 69 years. He would have retired in 2017 had he decided to discharge his mandate as Chief Justice until 70 years.

With Maraga’s impending retirement, the Judicial Service Commission (JSC) officials must be burning the midnight oil and scratching their heads before the start of a tiring process to find the outgoing CJ’s suitable successor. Who will be Kenya’s next Chief Justice? What does one need to be appointed Chief Justice? If there is one man I would like to see at the helm of the Kenyan Judiciary is Joshua Miguna Miguna.

Unlike Maraga who is a bit laid back, Miguna Miguna is vocal, abrasive and firm. He has a sharp, brutal tongue. He says it as it is. Miguna Miguna claims to be incorruptible – this is the man Kenya needs to sanitize the Judiciary, which has always been linked to corruption.

Does the man from Nyando fit the bill of becoming Kenya’s next Chief Justice? Yes of course. Article 166 (1) of the constitution states that “The President shall appoint--(a) the Chief Justice and the Deputy Chief Justice, in accordance with the recommendation of the Judicial Service Commission, and subject to the approval of the National Assembly.”

Miguna Miguna is a lawyer of a high standing. His books, Peeling Back the Mask, Kidneys for the King and lately Treason: The Case against Tyrants and Renegades prove that he is also an accomplished author.

He is an advocate of the High Court of Kenya, and barrister in Canada. He was admitted to the Ontario Bar in Canada in 1990’s, which means he has more than 20 years behind him as an advocate. The former senior advisor to former Prime Minister Raila Odinga studied law in Canada, but that does not disqualify him from being appointed Chief Justice of the Republic of Kenya.

Article 166 (2) of the constitution says, “Each judge of a superior court shall be appointed from among persons who--(a) hold a law degree from a recognized university, or are advocates of the High Court of Kenya, or possess an equivalent qualification in a common-law jurisdiction; (b) possess the experience required under clause (3) to (6) as applicable, irrespective of whether that experience was gained in Kenya or in another Commonwealth common-law jurisdiction; and (c) have a high moral character, integrity and impartiality.”

Canada is a commonwealth Country. On all fronts, MM fits the bill of becoming Kenya’s next CJ. But for that to become a reality, two things must first happen.

One, he must show interest, and two, President Uhuru Kenyatta’s government must obey numerous court orders, grant him a Kenyan passport and facilitate his return back to Kenya.

The most fuel efficient Sedans in Kenya.

Is it Azimio or UDA Who will garner more votes? Latest Opinion poll shows.

Today's 13 Matches To Place On and Win