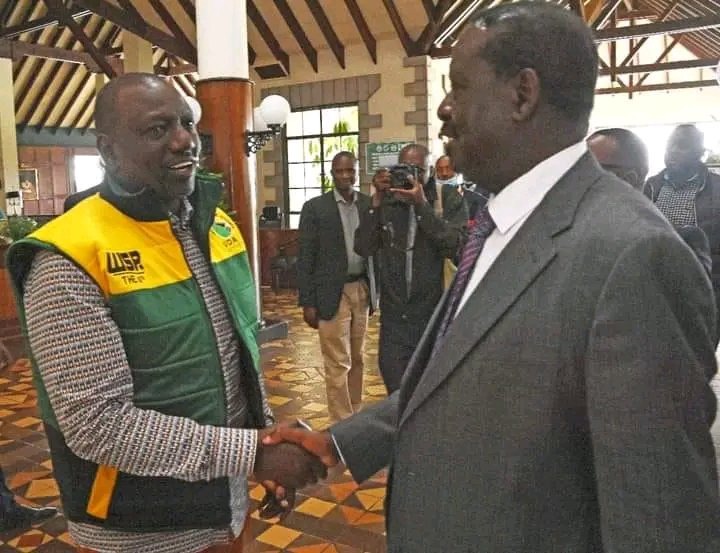 According to a recent poll, Deputy President William Ruto is more popular than his closest rival, Raila Odinga, whose popularity rating is 49.9 percent.Odinga was voted by 42.5% of those questioned, while 3.7% were uncertain.

Ruto is likely to win round one against his opponents, according to a survey by Intel Research, and a runoff is ruled out with less than a month until the general election.

Ruto's lead was due to his popularity in the Mt. Kenya region, which has continued to support his presidential bid despite efforts by Odinga's campaign team to undermine his influence, according to the poll.

Ruto holds a majority of support in the Mt. Kenya East region with 73,1 percent, followed by Odinga with 18,4 percent, Wajackoyah with 3.7 percent, and Mwaure with 1.1 percent.

"Despite the strong lobbying by the Odinga camp, the mountain has solidified its support for the DP. The substantial difference is expected to create the swing vote in the election,"the polls said.

Ruto leads Odinga in Maa Rift with 46,1 percent, while Ruto has 46,0 percent.

Odinga has maintained control of the coastal region with 50.2%, while Ruto follows closely with 41%.

Ruto is in the lead by a narrow margin with 47.4 percent, while Odinga trails closely at 45.5 percent. In Northern Kenya, Wajackoyah is third with 2,3 percent while Mwaure ranks fourth with 1,4 percent.