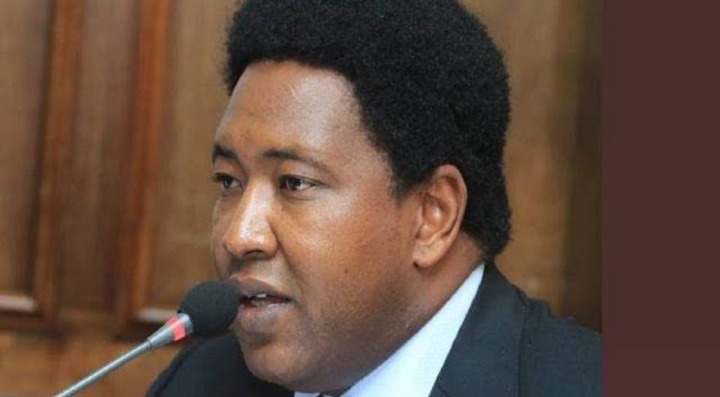 Narok Senator Ledama Olekina has given His proposal to Mithika Linturi as He finally made to the Cabinet position in William Ruto's Government, now that they are expected to commence their jobs soon in the different dockets they are assigned to.

In an open message through Twitter, Ledama says that Linturi should move with speed and start negotiations in matters sorrounding the welfare of animals, and also avail Himself to the Committee of senate that deals with some separated duties, of defending the rights of animals which are being transported from one area to another, now that they have been neglected for long. 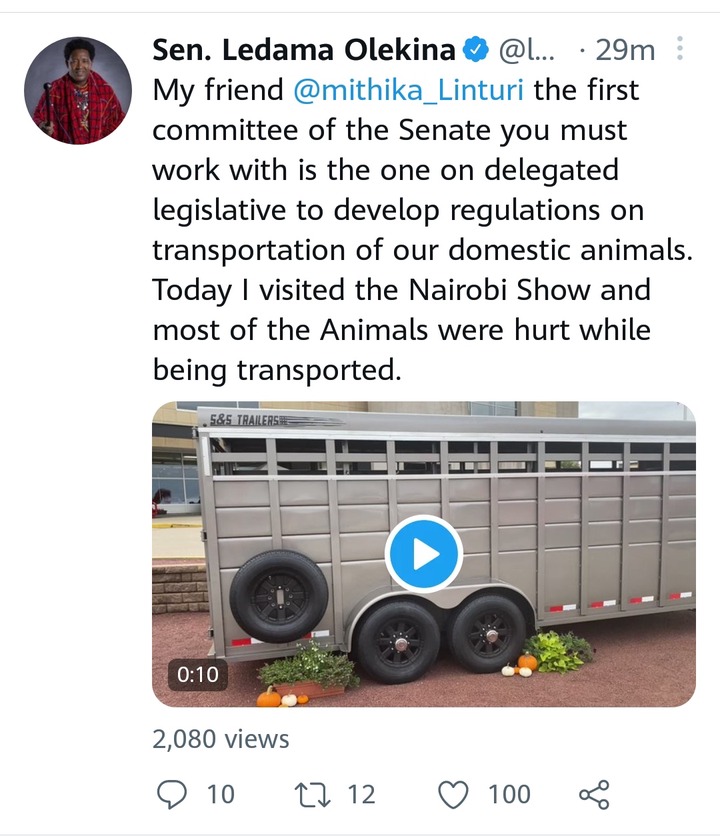 He further claimed that during His visit today to the Nairobi show where there were various Agriculture sections that were displayed, including Domestic animals which He claims were being ferried in a very bad way from the places of origin to the park for displays.

According to the Video that He posted, a white truck which had shinning like walls was packed in the middle of a runway where the visitors were passing to head to the other directions. The back was opened where the animals were being packed, and the front had two big clipped like structures which were facing down.

Reports had it that the truck was used to carry an excess number of animals and with very bad conditions, which have not been approved by the Ministry of health or any other concerned docket. Also, the way they alighted made top figures in the Country to come up with various comments on the same.

Rules by the animal protection unit in the Country have clearly stated in the past that any individual or company who will be caught ferrying animals in the worst conditions, will be arraigned, fined and even Jailed for not considering the health of the animals, which are highly protected and prioritized in matters of wellbeing.

Farmers in the pastoral regions such as Turkana, Samburu, Kajiado, Narok, Nandi and Uasin Gishu have also been monitored for long, and in the recent past, the methods used in transporting the animals have been changing drastically.

Here is the Video link :