Kenya To Protect It's Inherent Territory By All Available Means, President Kenyatta Roars.

By TeeGitonga (self media writer) | 10 days ago 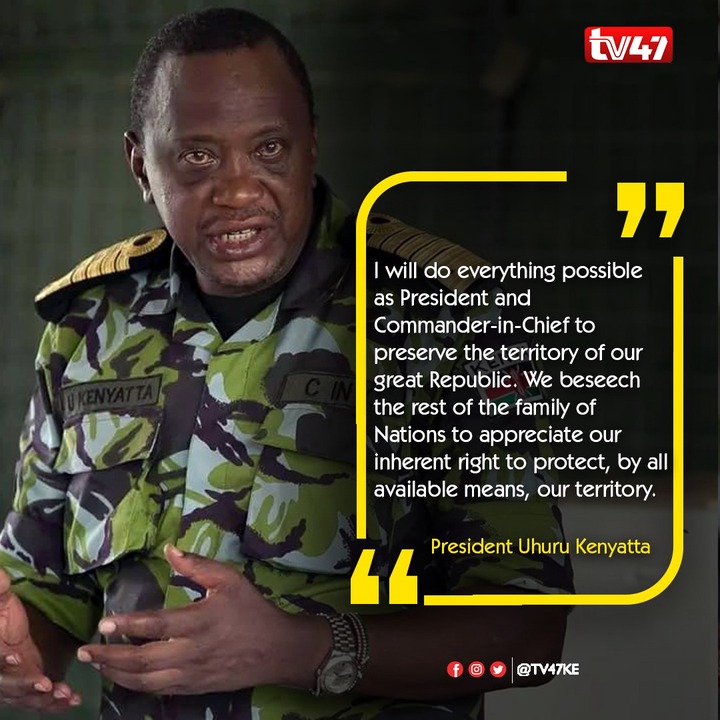 The president of the republic of Kenya,and the Commander In Chief of the armed forces Uhuru Kenyatta has released a comprehensive statement regarding the ICJ's(International Court Of Justice) ruling on the protracted border tussle with Somalia. The president who has acknowledged that the decision by the international court did not come as a surprise to the nation,has vowed to use all available means,to amicably resolve the territorial row which pits the two countries in a sour relationship. 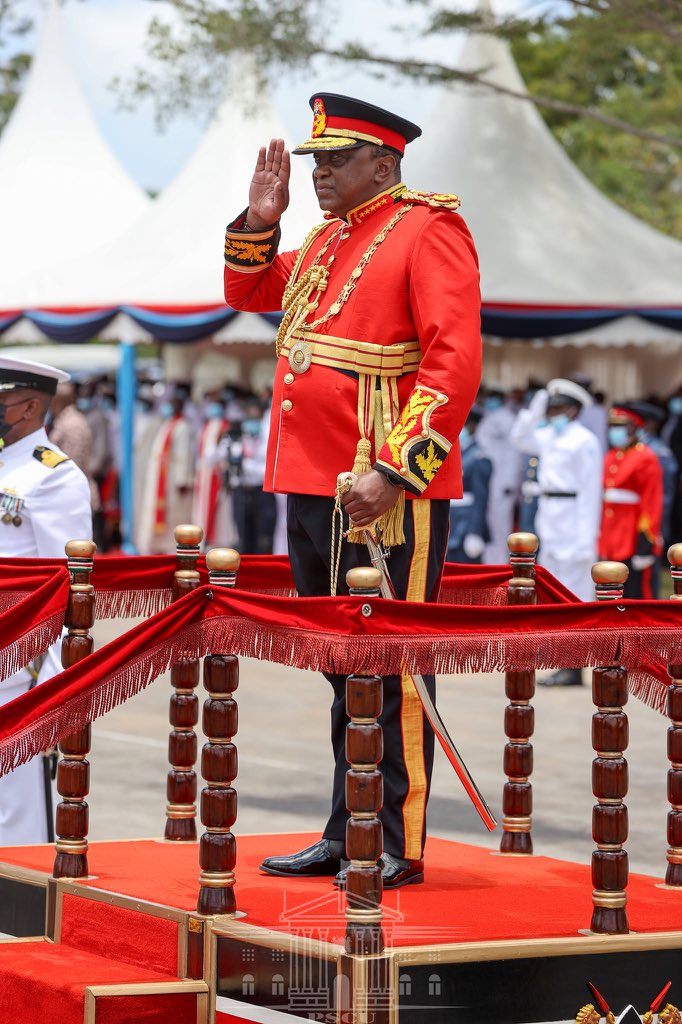 Yesterday,the 14 judge member court based in New York released a 5,000 word ruling whereby,it purported to equitably share the territorial waters under contention.The 100,000sqKm is believed to contain rich gas and oil deposits which Kenya had already started drilling.In the ruling,Somalia gets the lions' share as the court has determined that the border should be drawn on an equaldistancial latitude,opposed to Kenya's horizontal claim.

Top government officials including the permanent secretary foreign affairs,vice Commander of the defence forces and solicitor general,had earlier last week made it clear that the government of Kenya would treat the ruling with contempt it deserves and that the nation would not cede even an inch of it's territory. 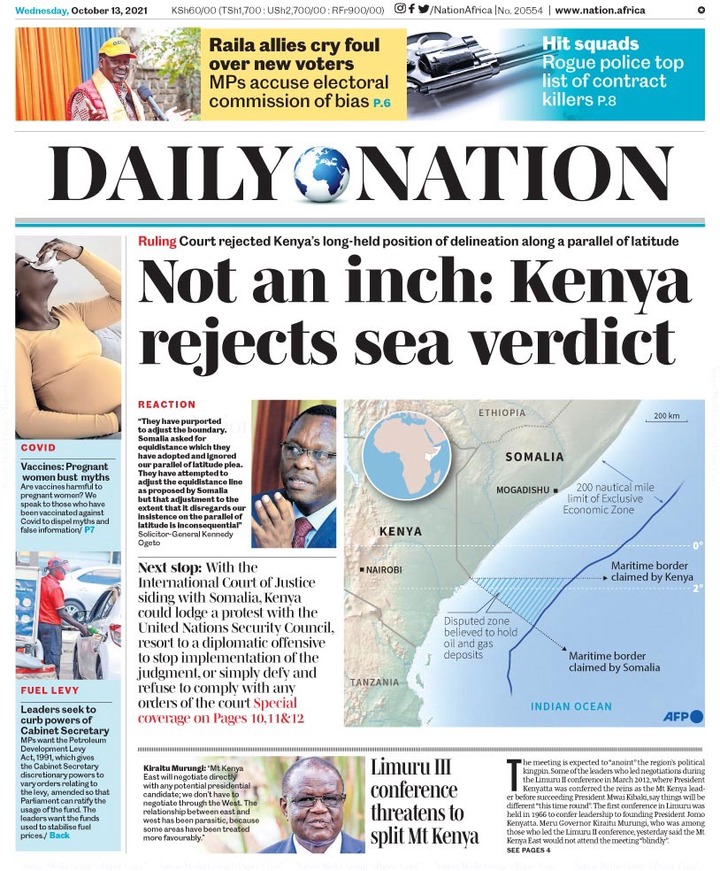 President Kenyatta has affirmed this resolution,by terming the ruling as an 'exercise of academics',trashing the decision of the court.

Beautiful Photos Of Rihanna With Her New Boyfriend Asap

Speculations Emerge On What Sudi, Nge'no Others Are Secretly Doing And Longer In Ruto Campaign Team