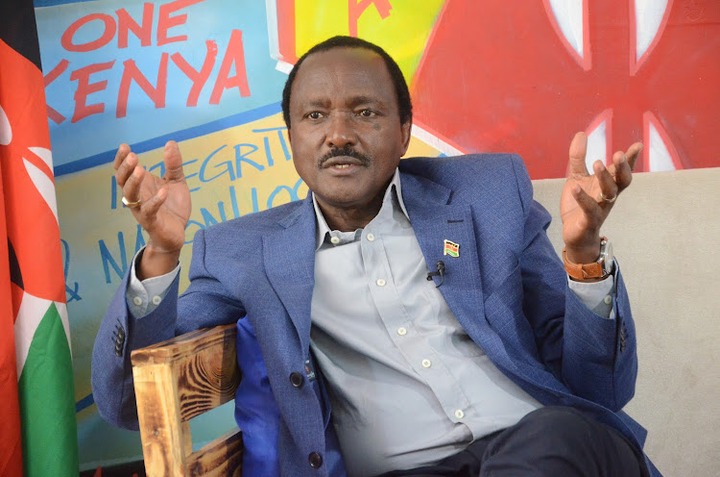 Both Malala and Mwale have been pressuring the OKA principals to announce their presidential aspirant by December 25, if not they will chant their own political route and join hands with other leaders.

According to Mwale, the supporters of the OKA group are becoming restless for being informed the coalition will be on the ballot yet the leaders are yet to reveal who will be the flag bearer.

Speaking in Nairobi on Saturday after attending a church service at Nairobi East SDA church alongside Musalia Mudavadi, Kalonzo said that there is a lot of time left before they declare their preferred leader, noting that they are following the IEBC elections guidelines.

"We are a united team that is not giving up anytime soon. We will fight against corruption and poverty. There is much time for instance in 2017, Nasa announced its presidential candidate in April when the elections were in August, so we are good," posed Kalonzo. 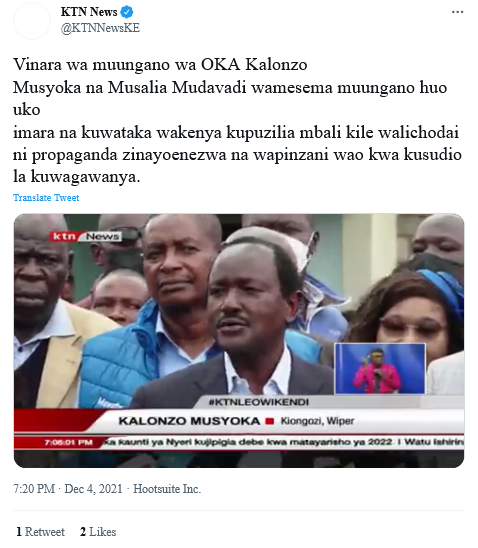 Malala Fiercely Attacks ODM, Exposes What Raila is Doing to Leaders Going Against him