Raila Speaks Out Against Juja Impunity As IEBC Declares Winners

By Piwonews (self meida writer) | 29 days 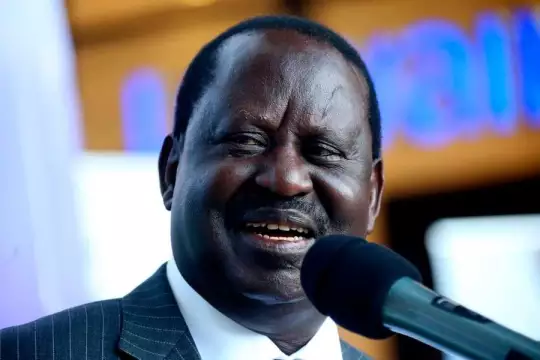 Former Prime Minister Raila Odinga has spoken out against the abuse of police power. He said what he witnessed yesterday was the impunity of very few overzealous people in government. Raila added that elections provide voters with the opportunity to express their will in the vote, rather than a way to pursue hypothetical short-distance political interests. "Peaceful coexistence on Twitter should not be taken for granted by some rogues who want to mistake handshakes as an excuse to erode our hard-won freedom. This must end," he wrote on Twitter. Only a few hours after the IEBC suspended the counting of votes at the Juja Council seat in the Manu'u High School Counting Center. In an official statement issued by IEBC, the European Commission stated that the suspension was carried out after a personal suspension led by Kiambu Governor James Nyoro. They said the move was to ensure the safety of their staff and election materials. However, they will be restored after returning to normal. Other elections held yesterday included a parliamentary seat in Bonchari, a bill that allowed ODM man Robert Obwoto Oimeke to declare victory after getting 8,049 votes. However, it was followed by former MPs Zebedeo Opore and Mama Teresia, who received 7,279 and 6,964 votes respectively. The victory so far has been well accepted by the ODM party. After taking over Rurii MCA in Nyandarua County, the UDA political party also congratulated their men.

Yesterday election was not so easy because there were many allegations of bribery and election manipulation. In Bangchari, a man was arrested and distributed cash to the government. ODM's Edwin Sifuna expressed opposition to attempts to bribe voters or manipulate elections. The elected seat of the Juja MP had a heated one, as Governor Nyoro claimed that some votes were left.

Content created and supplied by: Piwonews (via Opera News )

"It's Showbiz," City Lawyer Dismisses Formation of ODM & Jubilee Coalition Pact Ahead of 2022