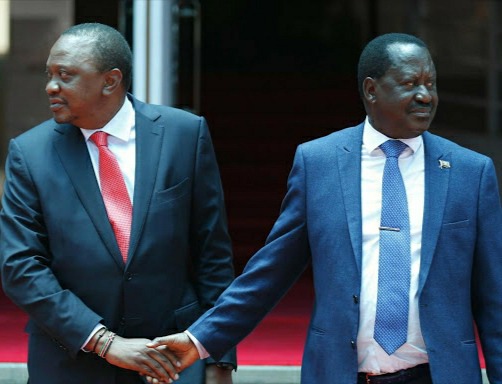 During the KICC event when Raila Odinga unveiled Martha Karua as his running mate, Kenyans noted that President Uhuru was absent as he had official duties at State House.

In the past few days, President Uhuru Kenyatta has not been in the company of Raila Odinga's presidential campaigns and this has raised speculations that he is not ready to help his handshake brother despite endorsing him for the top seat. 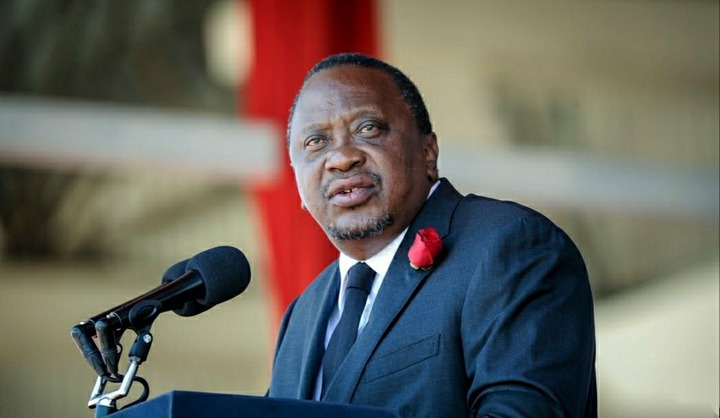 According to the Standard publication headline, it is now clear that President Uhuru will always be unavailable on Raila Odinga's campaigns.

Kimilili MP Didmus Barasa has highlighted that President Uhuru Kenyatta has now realized his support to Raila Odinga would be of no benefit hence he has decided to quit the battle that he cannot win. 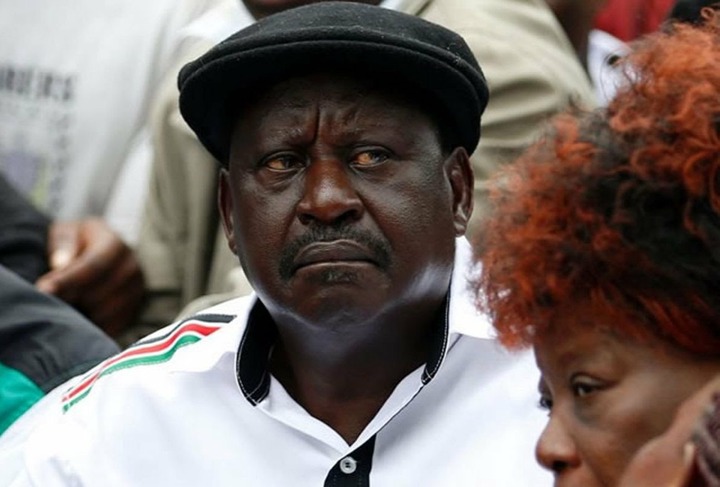 "President Uhuru Kenyatta has now started being a keen man. Let him continue quitting a battle he can't win. He has noted that selling Raila Odinga to Kenyans is like selling pork in United Arab Emirates. He is making sure that he is retiring with his brother," Didmus Barasa wrote on Twitter. 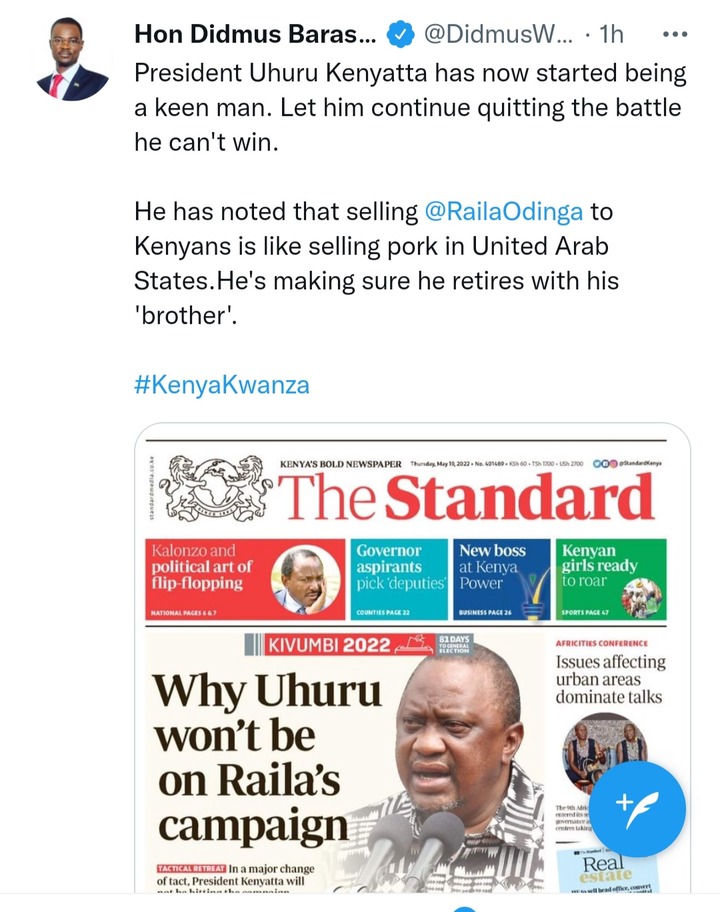 This comes a time when Raila Odinga's camp has now overtook DP Ruto according to TIFA reports.

Didmus Barasa has been campaigning for DP Ruto's Presidency in the forthcoming elections.

New Opinion on The Gubernatorial Race in Homa Bay, Alleges The Favourite Candidate for The Seat