The President of the republic of Uganda, honorable Yoweri Kaguta Museveni has finally opened up about an incident that happened several days ago where the president of Guinea, Honorable Alpha Konde was removed from office by a group of specialized soldiers. 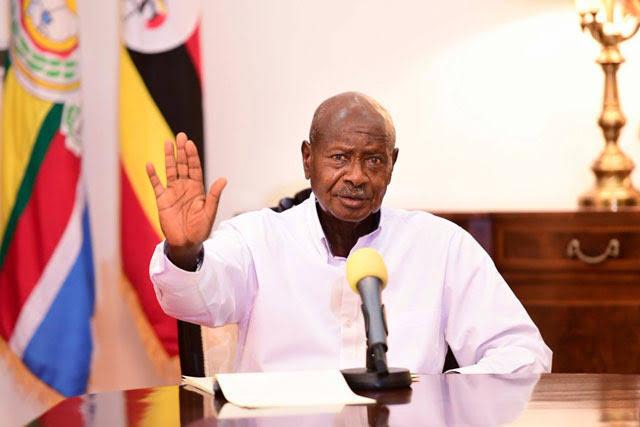 Stating their reasons for taking the President Out of the Statehouse, senior soldiers who were Incharge of this operation accused the president of trying to change the constitution in order to vie for the presidential seat for the third term.

They went ahead and accused the 80 year old president of trying to use his office to undermine the power or rather, the rights and freedom of the citizens who they claimed were suffering while the president and his family were busy enjoying themselves in the statehouse.

While reacting to this incident, President Museveni has called upon the army who took part in overthrowing the president to also make sure they quit and leave the government accusing them of having a hand in the ongoing woes of the president.

" I call upon the Guinean army who had a hand in taking the president out of the Statehouse to also resign or give in because as far as I'm concerned, they also have a hand in the ongoing problems being experienced by their citizens. This kind of Coup has been happening from the 60s and it has had a negative impact on African countries", he said.

Alpha Konde who who had been leading the country as the president for three terms was taken out of office on Sunday. However, while reacting to this incident, a number of Guineans have said that they were okay with the president calling out these soldiers for doing what they did.