By instantNewsKe (self media writer) | 27 days ago 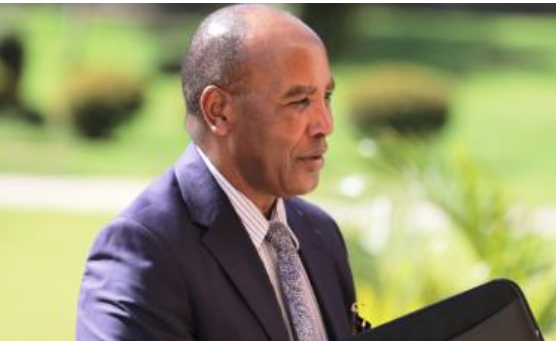 In a live TV interview with a local TV channel, Citizen TV for on Monday, September 27, the Eldas legislator noted that the recent remarks by Kimemia admitting to the existence of the deep state and its influence on the election outcomes, were not only misleading but ones that create imaginary fear and antagonism among Kenyans.

"The remarks that were made by Governor Kimemia were reckless, untimely and unhelpful in the preparations of the general elections in 2022. People should not count on the support of the deep state, they should count on the votes of Kenyans" Keynan stated.

Kimemia who served as the head of public service in former president Mwai Kibaki's government, recently revealed that deep state can influence the outcome of the general elections, he further claimed that anyone with the support of the deep state can easily win the election.

His remarks elicited mixed reactions among political pundits with some telling him off while others supporting that deep state exists. Politicians allied to the deputy president William Ruto have always alleged that there are plans by the so called deep state to block Ruto from succeeding president Uhuru Kenyatta. Video: https://twitter.com/citizentvkenya/status/1442350661044158464?s=19