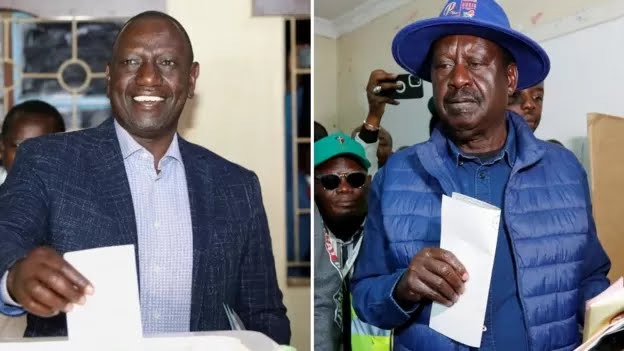 The Independent Electoral and Boundaries Commission is yet to announce the final presidential results yet both Azimio la Umoja-One Kenya Alliance and Kenya Kwanza supporters are claiming to have won. However, the IEBC has been transparent and forms 34As can be accessed on its portal. As at the time of writing this article 99.34% of these forms have been posted on IEBC portal representing 45,943 forms out of a total of 46,229 forms.

However, it is a daunting task for one person to count the over forty-five-thousand forms that have been delivered yet people on twitter are shouting that they know the winner. Recently, activists Boniface Mwangi and Jerotich Seii engaged in a twitter spat after the former suggested that Odinga had won.

Seii opposed the Building Bridges Initiative through her Linda Katiba slogan. On her twitter she wrote, "My brother whipping up emotions before IEBC Kenya has called the elections is not what someone of your calibre should be doing."

Boniface responded by tweeting, "My sister Jerotich Seii, I'm tweeting from a point of knowledge. I haven't ran a propaganda bureau and I don't intend to. The whole of last night Itumbi and bots tweeted misinformation." 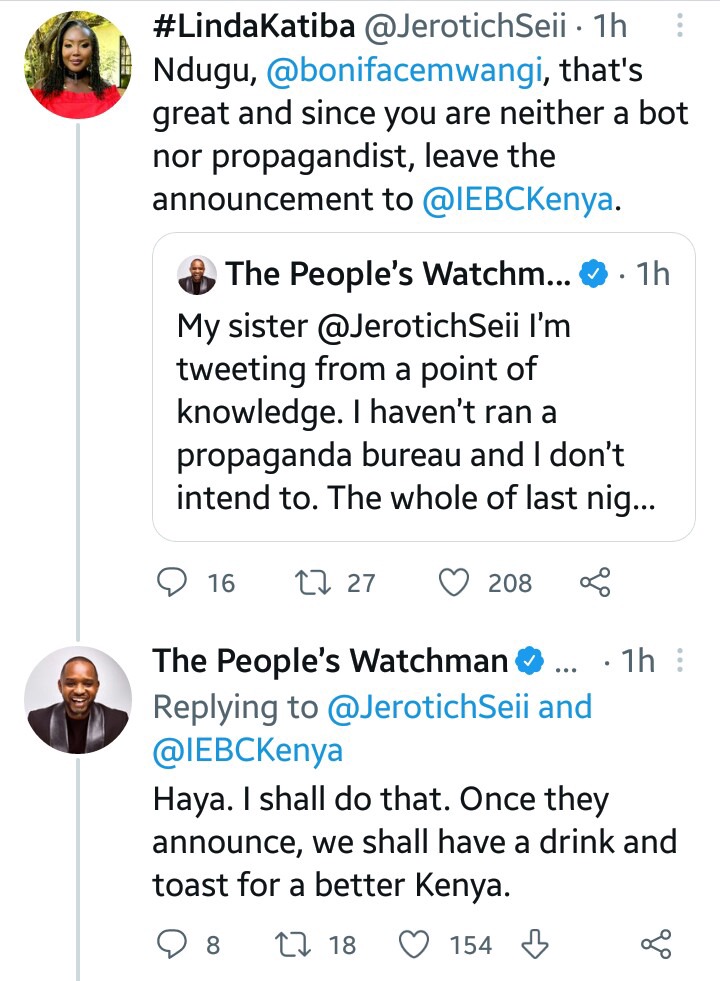 Jerotich then once again told her fellow activist to let the poll body do its job to which Mwangi responded by saying he shall do that but once the results are announced they should have a drink and toast to a better Kenya.

Seii then wished Boniface Mwangi a long and prosperous life. The two should just tone down their rhetoric and let the IEBC do its own work. The constitution gives the poll body a time frame of seven days to announce the results from voting day. Kenyans should be patient and only believe the results announced by IEBC. 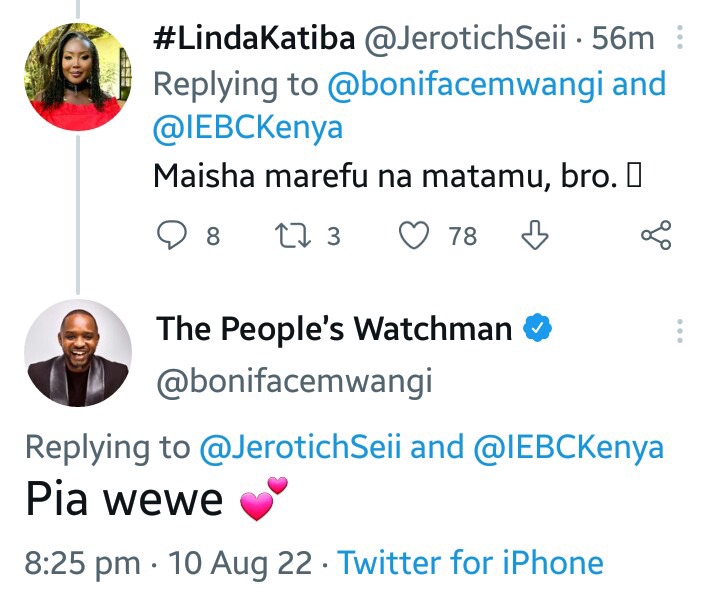