By Okiondo (self media writer) | 3 months ago

If there is one individual who truly moved the crowd at today's "Azimio La Umoja" coalition's massive event at Jacaranda Gardens on March 12th, 2022, it is Wiper party leader Kalonzo Musyoka. Kalonzo, who had been dubbed "man of the moment" by some Kenyans due to the uncertainty he had generated in the country over the last several weeks by delaying joining Azimio, delivered an eloquent statement prior to endorsing Raila Odinga for President for the third time.

After being invited to the podium by President Uhuru Kenyatta, they both shared a priceless moment by dancing to the classic "Buffalo Soldier" song by Bob Marley and the Wailers to garner the crowd's attention and signal that the buffalo that heads the Wiper party was about to make his presence known. 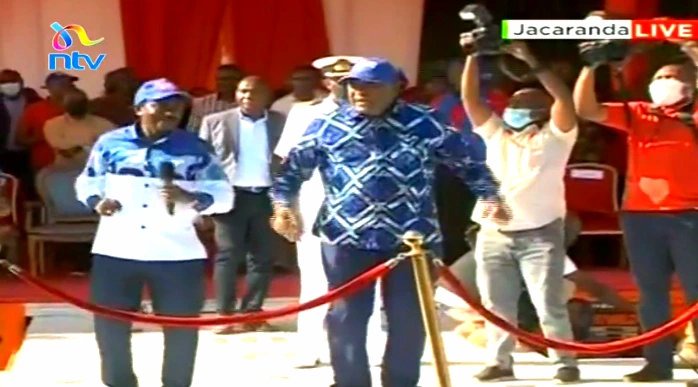 After regaining control of the microphone, he went straight to the point in delivering his remarks about why he was in Jacaranda, engaging the crowd in a recitation of "OKA!" and "One Kenya Alliance."

He then informed his audience of the following: "We've returned to Jacaranda Gardens. This is not our first or second visit to Jacaranda, but Kenyans have gathered here today to declare an end to corruption in the country.

I was going to launch my presidential bid until I considered my age and decided to endorse Raila Odinga, but I'll discuss that later.

All of this will be recorded in the annals of our country, and as we build the Azimio-OKA coalition, we will have three major pillars: Jubilee, OKA, and ODM/Azimio. " 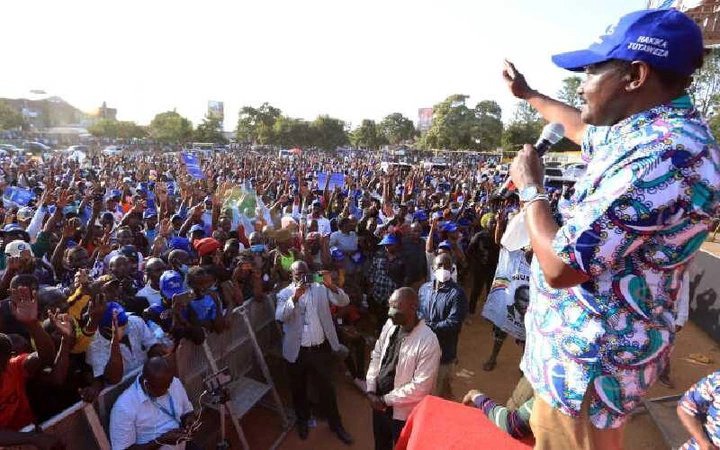 He continued by reminiscing about his relationship and journey with Raila Odinga, which dated all the way back to the days of the LDP.

That is, "Raila Odinga and I have come a long way. We've fought and overcome teargas together, beginning with Andrew Ligale, Mumbi Ng'aru, and others in the LDP. 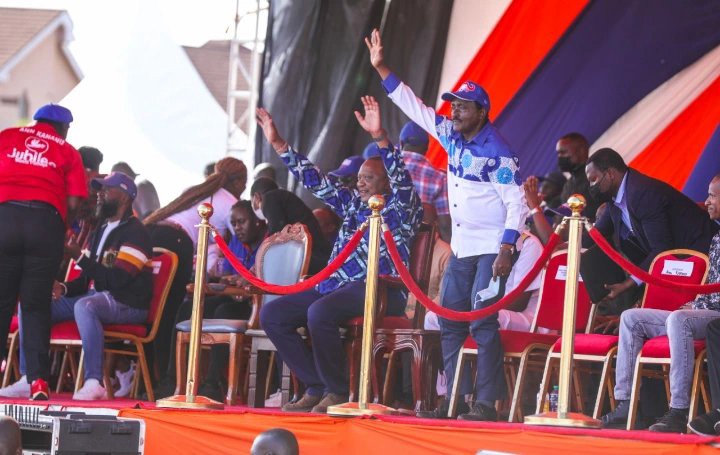 We then walked on to NARC, ODM, and ODM Kenya, where we divided an orange and each of us took a piece.

Following that, we reunited and co-founded CORD with our brother Moses Wetang'ula. We faced teargas while in CORD protecting our people all the way up to the formation of NASA, but we were trapped rather than trapping the enemy as we had envisioned in NASA. " 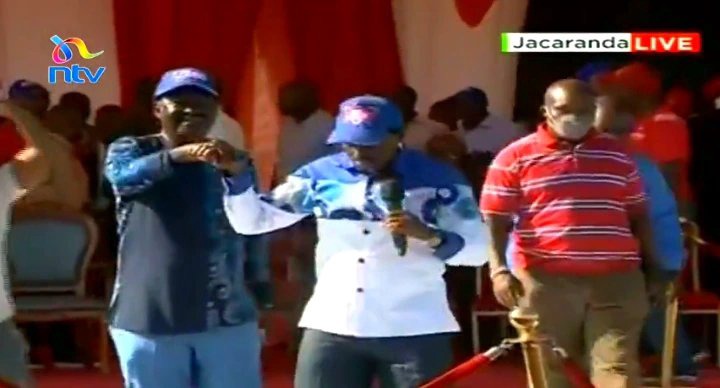 Following the narration, he discussed how March 12th is truly a special day, if historical events are any indication. On March 12, 1930, Mahatma Gandhi led the Indian people in a revolution against the colonialists.

Before stepping down from the podium, Kalonzo had one task: He needed to invite Raila Odinga to the people.

As a man accustomed to the workout, he had no difficulty replicating it, but he did have one key warning for Kenyans.

That is, "We do not want to see this country fall into the clutches of crooked individuals." Raila Amollo Odinga is our Presidential candidate as the Azimio-OKA coalition.

To all OKA members, we do not want the corrupt to take over this country. I am convinced that Raila Odinga will mend our nation and will campaign for him throughout the country.

We appreciate what President Uhuru Kenyatta has done for this country in terms of infrastructure, and I am confident that Raila Odinga will build on it to offer us a better Kenya, "he stated. 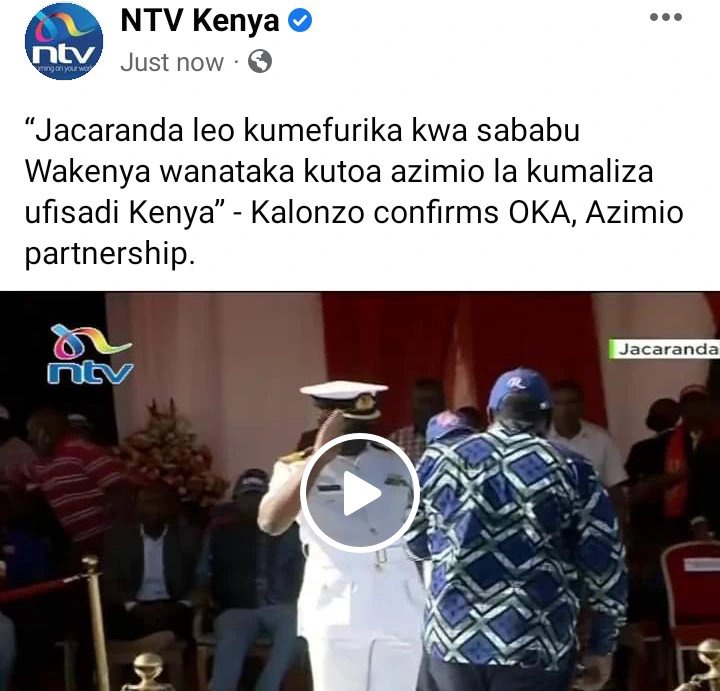