By erickkoech097 (self meida writer) | 1 months

According to Hon Kindiki, this moved is sponsored by the state maybe to counter the rise TangaTanga in the region as president Uhuru Kenyatta is soon expected to retire from Politics when his presidential terms expires.

"Speaker Muturi’s purpoted ordination as a spokesman of a section of Central Kenya region elders is a State project to try and direct next year’s vote in that region. Just like BBI, it reflects simplistic thinking during these complex times and it will have near zero political impact. The Governors trying to speak for the people are wasting their time and will be in for a rude shock," said Kindiki. 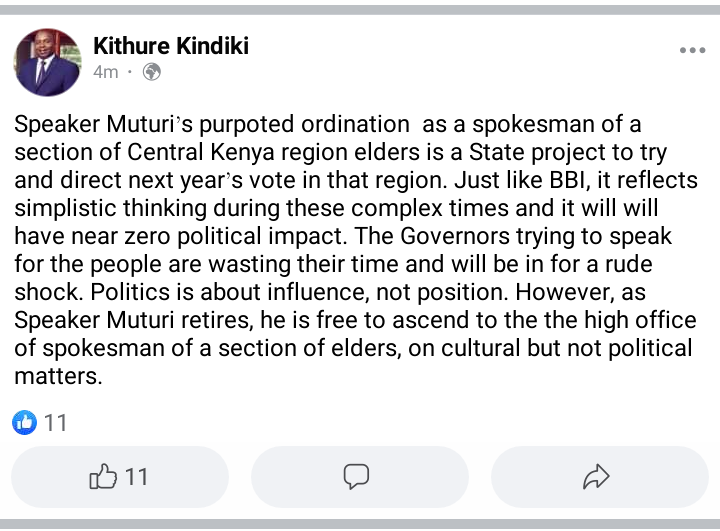 According to the senetor, Muturi is free to ascend office of spokesperson of a section of elders on cultural matters but not on Politics as it is expected. He also added that Politics is about influence and positions has no effect. 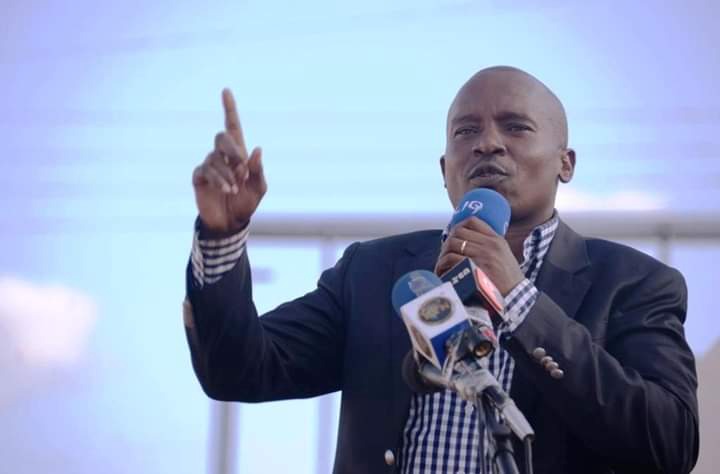 Leaders Only Form Coalitions to gain Power Rather than to Help Kenyans, Alfred Mutua

Prominent Kenyans Who Died of Cancer

Governor Angrily "Fires Shots" at the IEBC, Pens Down Disappointments With the Latest Announcement

Senator Cherargei Reveals The Reason Why Politicians Are Joining UDA