According to a new statement from Raila Odinga, a meeting of consultations, not protests, will take place on Wednesday in response to the purported removal of four IEBC commissioners. 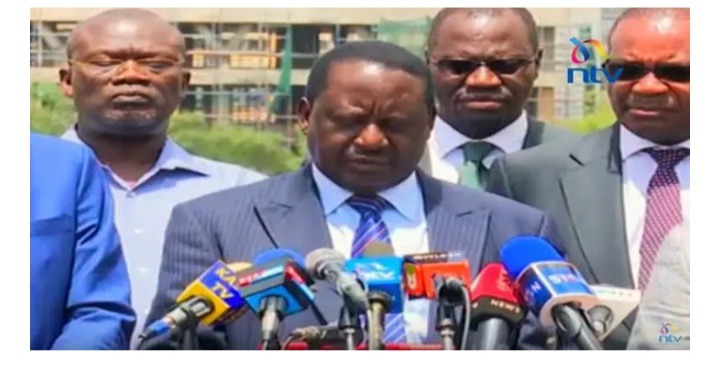 During a press conference held by the Azimio Coalition, Raila stated that the event would not be a demonstration as had been originally planned, but rather a meeting to solicit public opinion from his supporters on the possible direction to take in the wake of Ruto's administration's decision to remove the four IEBC commissioners from office.

"The meeting at Kamukunji is a peaceful public consultative meeting, it is not a demonstration," Raila Odinga noted.

Representatives from other political parties, including David Murathe, Jeremiah Kioni, Martha Karua, and others, have gathered for a press briefing, where it has been decided that the press conference will proceed as scheduled, but that protesters will instead voice their opinions to the top brass at Azimio, rather than taking to the streets. 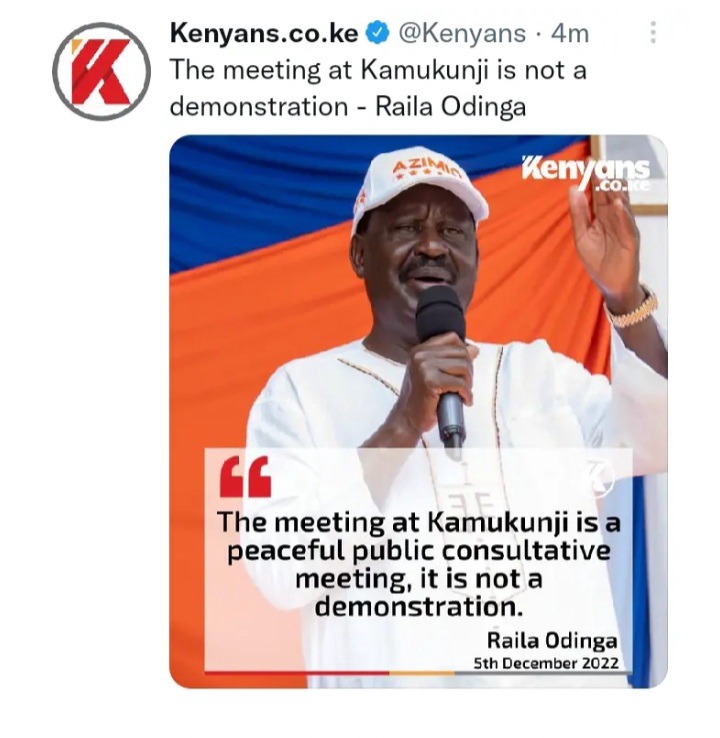 William Ruto had urged Raila to take his case to court rather than holding protests in the streets.