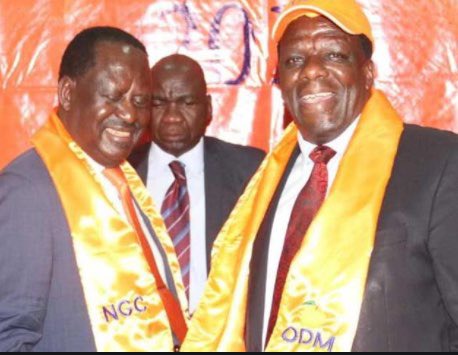 Professor Makau believes, the Kakamega Governor is set to find himself in own trap. As he Accuses Oparanya of double dealing both Former Prime Minister Raila Odinga and Deputy President William Ruto.

According to Professor Makau, Dr Wycliffe Oparanya is playing both side at the middle. Makau claims that Governor Oparanya plays with William Ruto as he hesitate leaving Raila Odinga, a move Prof believes is used to help raise his abaluluhya support before he eventually ditch ODM. 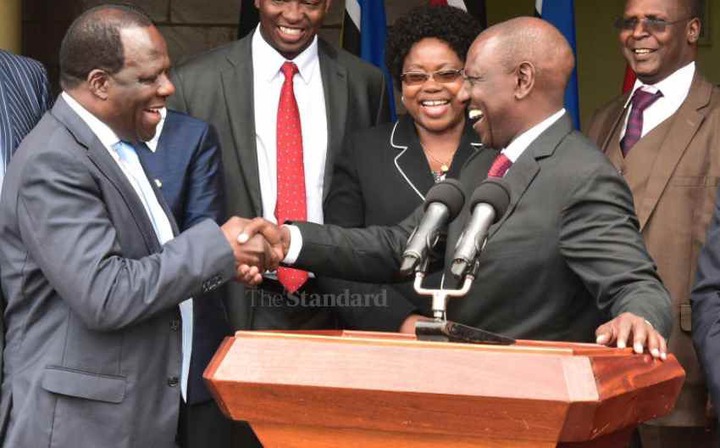 He however warned the Governor for risking losing both parties. Professor Makau Wrote, "It is [email protected] is playing both sides Against the Middle. He is toying with William Ruto and bring coy with Raila Odinga to raise his stock against Abaluluhya. He who chases after two lovers simultaneously often end up with none." 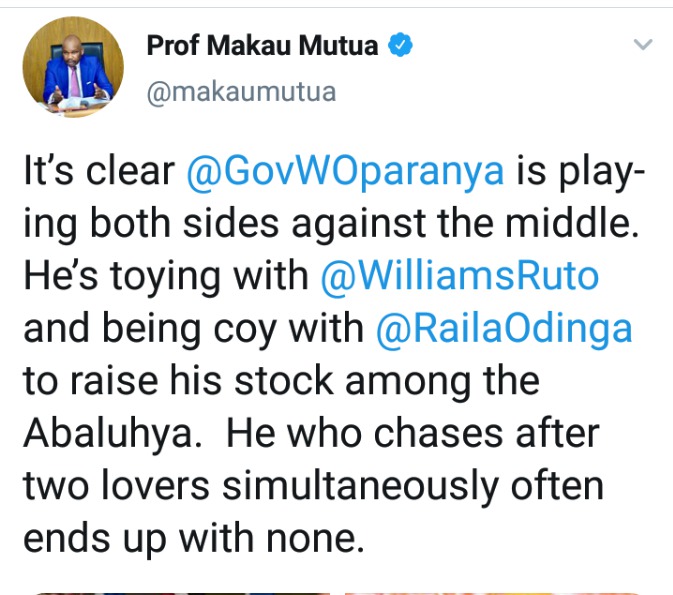 Content created and supplied by: Update+254 (via Opera News )